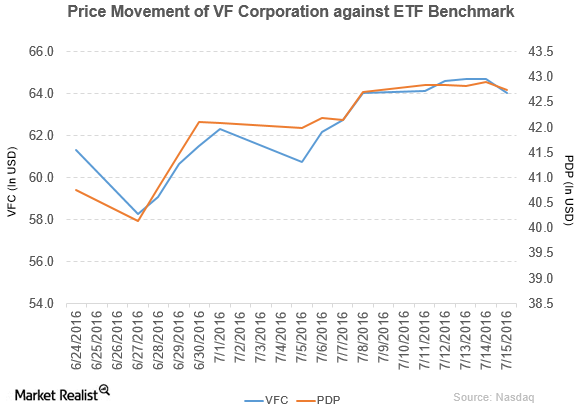 The PowerShares DWA Momentum ETF (PDP) invests 1.0% of its holdings in VF Corporation. The ETF tracks an index of 100 US-listed, large- and mid-cap companies selected and weighted by relative stock performances. The YTD price movement of PDP was 3.6% on July 15.

The market caps of VF Corporation’s competitors are as follows:

In the next part of this series, we’ll discuss Harley-Davidson.