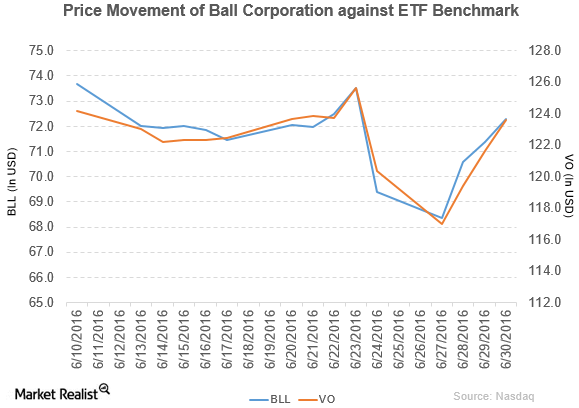 The Vanguard Mid-Cap ETF (VO) invests 0.28% of its holdings in Ball Corporation. The ETF tracks the CRSP US Mid Cap Index, a diversified index of US mid-cap companies. The YTD price movement of VO was 3.6% on June 30.

The market caps of Ball’s competitors are as follows:

Ball Corporation has completed the acquisition of Rexam for ~$6.1 billion of cash and equity and the assumption of ~$2.4 billion of net debt. This acquisition makes the company the largest manufacturer of beverage cans in the world. The company has also sold its divestment business to Ardagh Group for cash proceeds of ~$3.1 billion at closing.

In the final part of this series, we’ll discuss The Hershey Company.