As the chart below shows, Hewlett-Packard derived 34% of total revenues from EMEA (Europe, the Middle East, and Africa) in fiscal 2Q16. This is a significant amount, so the stock fell more than 5% on Friday, driven by investor concerns. 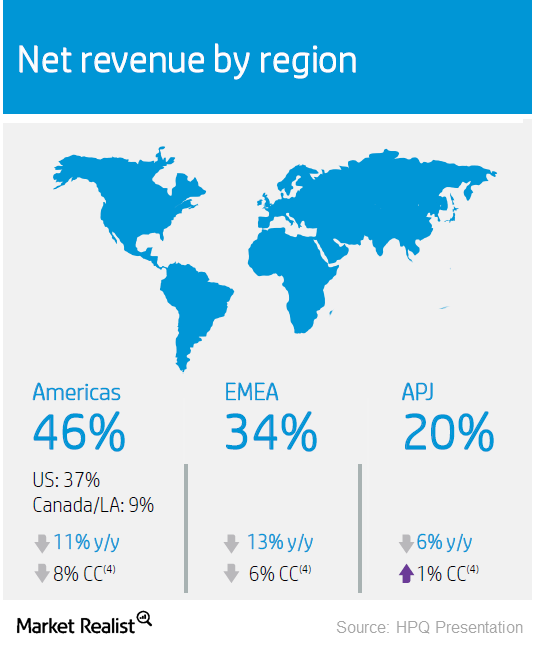 Revenues fell 13% year-over-year in the EMEA region in fiscal 2Q16 for HPQ.

As of June 24, Hewlett-Packard was trading at a forward PE (price-to-earnings) multiple of ~7.52x versus the industry average of 20.6x. In the trailing 12-month period, the company’s PE has been 6.4x. Notably, the company is trading at a lower PE than Western Digital (WDC) and Apple (AAPL). Apple and WDC have forward PE multiples of 10.3x and 11.8x, respectively.