In March 2016, Time Warner’s (TWX) Warner Bros. Television Group entered into a stacking rights deal with The Walt Disney Company’s (DIS) ABC Network. Under the terms of the deal, all episodes of a television series from Warner Bros. will be made available on demand in various ways. This is in contrast to the current practice of making only the last five current season episodes available.

When asked about this deal in the company’s fiscal 1Q16 earnings call, Time Warner replied, “And we feel really good about the deal we did with ABC. I can’t speak for the rest of the industry, but I know that we are having a number of conversations with all the networks about stacking rights and think that it’s certainly a good thing for consumers.” 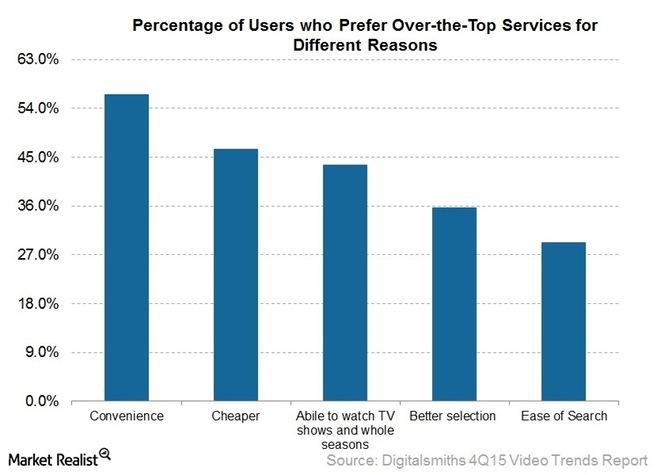 Time Warner has also stated that it doesn’t expect this deal to impact the back-end value. Stacking rights allow a cable network to distribute programming through pay-TV as well as video-on-demand services. Last year, the company entered into a stacking rights deal with 21st Century Fox (FOXA) for Time Warner’s series Lucifer.