A look at enterprise multiple

As of 1Q16, Pioneer Natural Resources’ (PXD) adjusted EV-to-EBITDA (enterprise value to earnings before interest, tax, depreciation, and amortization) ratio is ~17x. That’s higher than its historical average of ~12.4x over the last five years. 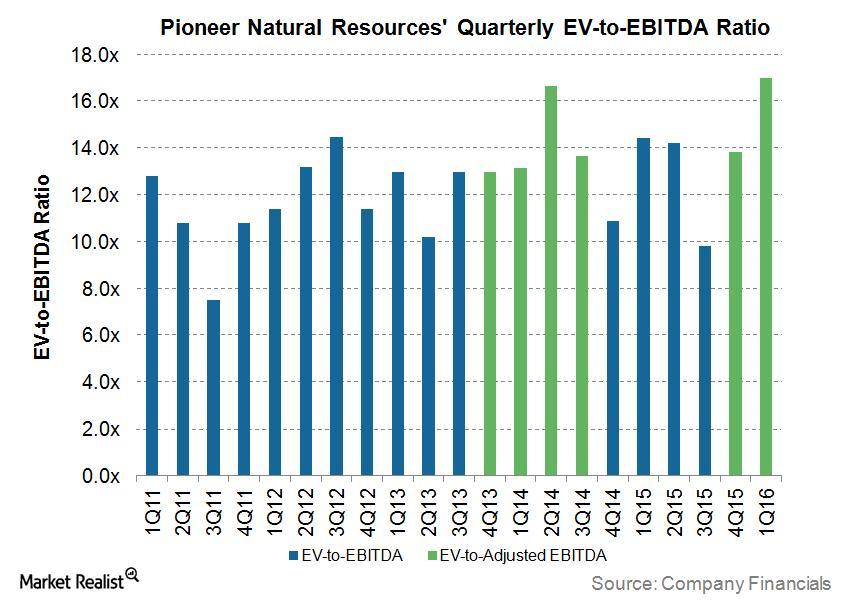 As you can see in the above graph, PXD’s EV-to-EBITDA ratio has increased over the last two quarters. This was mainly due to increased EV and the fall in EBITDA.

Let’s look at the enterprise multiples for other upstream companies in the S&P 500 (SPY):

EV-to-EBITDA ratio is also called enterprise multiple. It’s preferred over PE (price-to-earnings) ratio, especially for upstream companies, because it takes into account a company’s debt. In enterprise multiple, enterprise value is the sum of market capitalization and market value of debt minus total cash and cash equivalents.

In the next part of the series, we’ll see how Pioneer Natural Resources’ valuation compares to its peers.