The FOMC (Federal Open Market Committee) releases an SEP (Summary of Economic Projections) in four of the scheduled eight meetings in a year. In it, FOMC members present their projections on the following three variables:

The SEP presents the following: 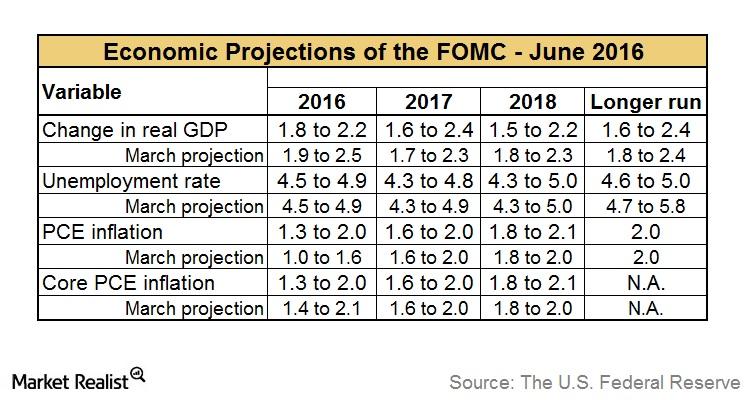 Projections for core PCE inflation have risen slightly, and overall PCE inflation has increased significantly. This shows that while non-energy-related consumer spending will nudge up core PCE, a rise in fuel prices (TOT) (PTR) (TS) is expected to spark the rise in overall inflation this year.

Investors in mutual funds such as the ClearBridge Aggressive Growth Fund – Class A (SHRAX) and the Fidelity Blue Chip Growth Fund (FBGRX) will benefit if energy prices rise. These funds have almost a fifth of their assets invested in the energy sector.

In the next part of the series, we’ll look at projections for the other two variables: economic growth and unemployment rate.