What does the latest rate cut tell us about India?

The central bank reduced its key interest rate by 25 basis points to 6.5 per cent earlier this month in a move that had been widely expected. The focus of the cut is banking system liquidity. Central bank governor Raghuram Rajan told our fund managers in March of his concerns over tight liquidity despite previous moves to loosen monetary policy. He pledged to study the problem and to act decisively. The subsequent interest rate move – part of a new package of measures – shows he was serious. The rate cut also suggests Rajan feels comfortable he can relax monetary conditions without stoking inflation. He has staked his reputation on bringing down inflation for good – a big deal in a country where not so long ago prices rose at double-digit rates. A structural decline in inflation, helped by reforms to ease supply side bottlenecks, has positive implications for equities (the cost of capital falls) and domestic bonds (yields will grind lower).

How has the political drama playing out in Brazil affected your investments?

Brazilian shares rallied sharply on hopes that a change in government may come more quickly than expected, unlocking a political stalemate and leading to the necessary reforms for economic recovery. Looking at the short-term outlook, however, we feel that the market has gotten ahead of itself. The reality is that impeaching President Dilma Rousseff will be a drawn out process and the economy is likely to continue contracting. Once investors are over the initial euphoria and reality returns, we would not be surprised to see some of the recent gains given back. With this in mind, we have used the rally to pare positions in the portfolios. However, we continue to maintain an overweight position in Brazil compared to the emerging market indices we use to measure our performance. 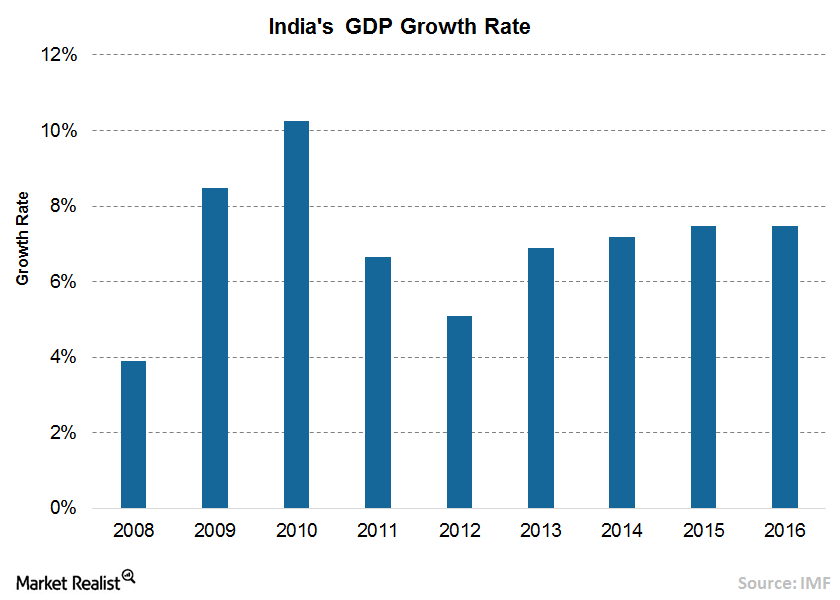 Market Realist – In terms of fundamentals, the emerging markets (VWO) in Asia (FAX) continue to look solid, particularly in nations like India (IFN) (EPI) and Indonesia (IF). India’s (INDA) growth outlook continues to look positive. In fact, analysts from the S&P Global Rating are estimating India’s growth rate to come in at an impressive 8% for 2016.

The Indian economy grew at an impressive 7.9% in the quarter ended March 2016. This marks a steep acceleration from the previous quarter’s estimate of 7.2%. The overall GDP growth rate for the fiscal year clocked in at a robust 7.6%. This phenomenal growth marks a five-year high for the economic indicator and puts India firmly in the lead for the fastest growing economy in the world. Stellar performance by the manufacturing and farming sectors have bolstered economic growth in the nation. Consumption expenditure was rising in the fiscal year, growing by 7.4% as compared to 6.2% the year earlier. (Source: Central Statistics Office, India; The Hindu)

Much of the increased inflows can be attributed to Prime Minister Modi’s foreign visits, which are increasingly putting India on the map, and reforms taken by the new government. Increased inflows also help in managing the current account deficits plaguing the nation. With policies and programs like “Digital India” and “Make in India” firmly in place, effective implementation could lead to a growth rate of 8% easily in the coming years. Fundamentals for the nation continue to look robust, and broad macroeconomic indicators seem to point to the fact that this growth could be sustained for the next two to three years at the very least.