SJM has a history of long-term growth. It has increased its earnings at a CAGR (compound annual growth rate) of 7% in the last five years. 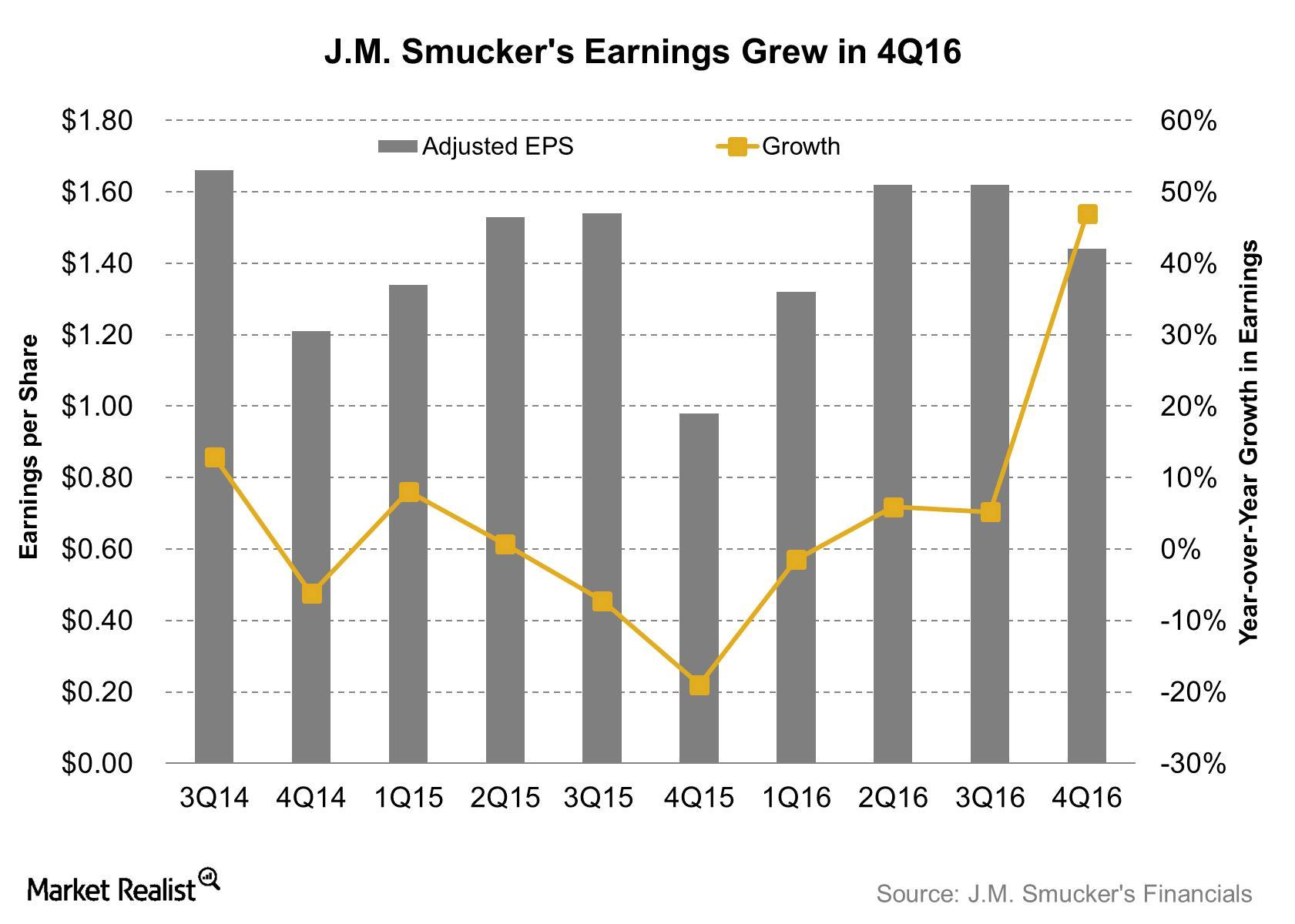 SJM’s adjusted EPS (earnings per share) in fiscal 4Q16 rose drastically by 49% year-over-year. Higher earnings were driven by SJM’s coffee segment along with a favorable price-to-cost relationship. A better-than-expected volume for mainstream and premium coffee brands also benefited the company.

SJM reported EPS of $1.44, 21% higher than analysts’ estimates. The company continued its trend of surpassing earnings estimates. Its fiscal 2016 EPS came in at ~$6.15, a rise of 14% compared to fiscal 2015. This was slightly below the company’s updated guidance range. However, it beat analysts’ estimates of $5.78 by 6%. This tremendous rise in earnings contributed to the rising trend in the stock’s price in June.

The guidance also includes $100 million worth of incremental synergies in fiscal 2017. However, it excludes an amortization expense of $208 million, or $1.18 per diluted share.

To gain exposure to SJM, you can invest in the PowerShares S&P 500 Low Volatility ETF (SPLV) and the First Trust Large Cap Growth AlphaDEX ETF (FTC), both of which invest around 1.0% of their holdings in SJM.