After declining for five consecutive trading days, crude oil started Thursday on a negative note due to weaker-than-expected inventory data amid global economic concerns. At 6:02 AM EST on June 16, the West Texas Intermediate crude oil futures contract for July delivery was trading at $47.44 per barrel—a drop of 1.2%. Brent crude was trading at $48.38—a drop of 1.2%. The slight recovery in the US dollar also weighed on crude oil prices this morning. 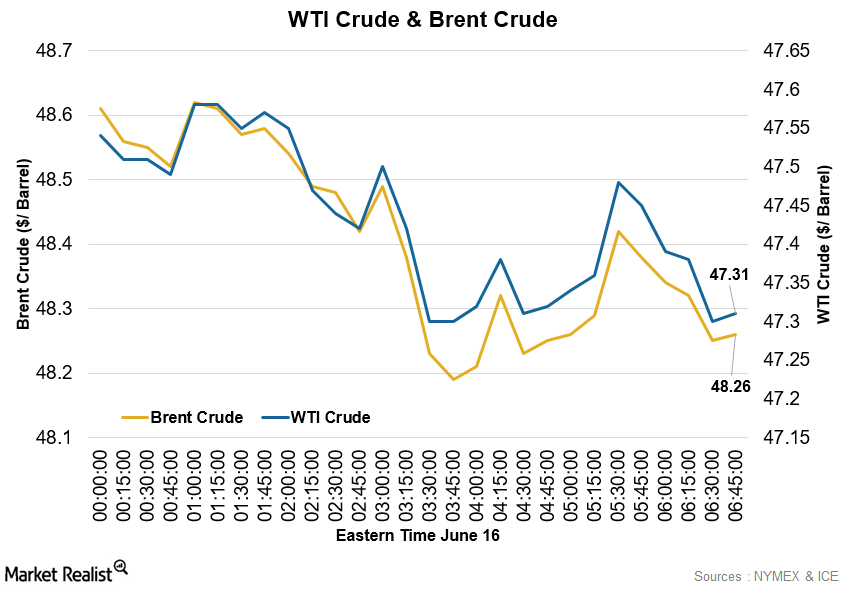 Even though the inventory data reported by the EIA (U.S. Energy Information Administration) showed a drawdown in crude oil inventories in the week ending June 10, it’s less than the Market’s expectations. According to the data released by the EIA at 10:30 AM EST on June 15, crude oil declined by 0.93 MMbbls (million barrels). This is less than the Market’s expectations of 2.26 MMbbls. In the previous report, the EIA reported a drawdown of 3.23 MMbbls of crude oil stocks. The lower-than-expected drawdown in inventories disappointed the Market and weighed on the crude oil price this morning. 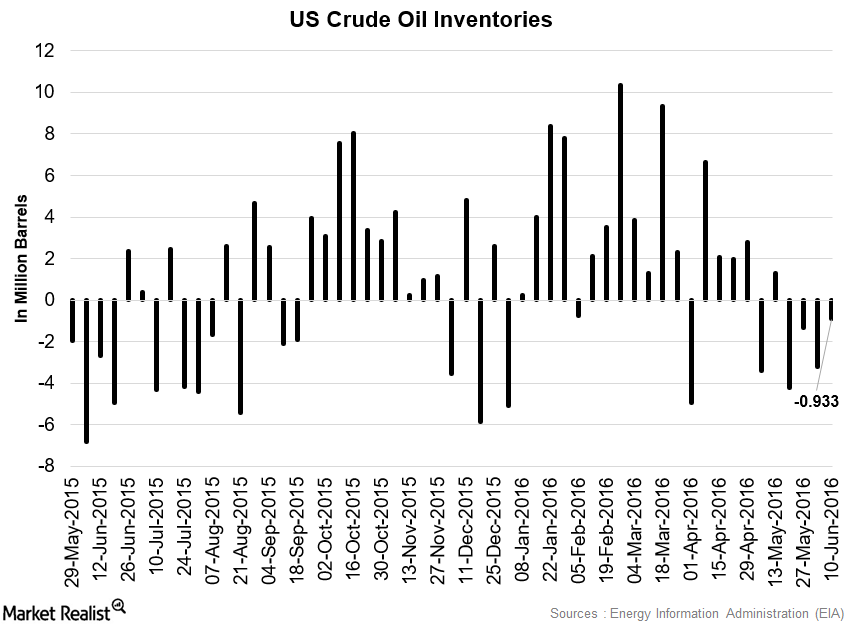 Decline in US crude oil production