Agricultural fertilizer companies that sell NPK[1. nitrogen, phosphorous, and potassium] fertilizers to the market (XLB) have faced severe headwinds in 2015. These headwinds have followed the decline in crop prices, which has lingered into 2016.

The impact is clearly visible in the top-line performances of these companies, which declined by an average of 18%. 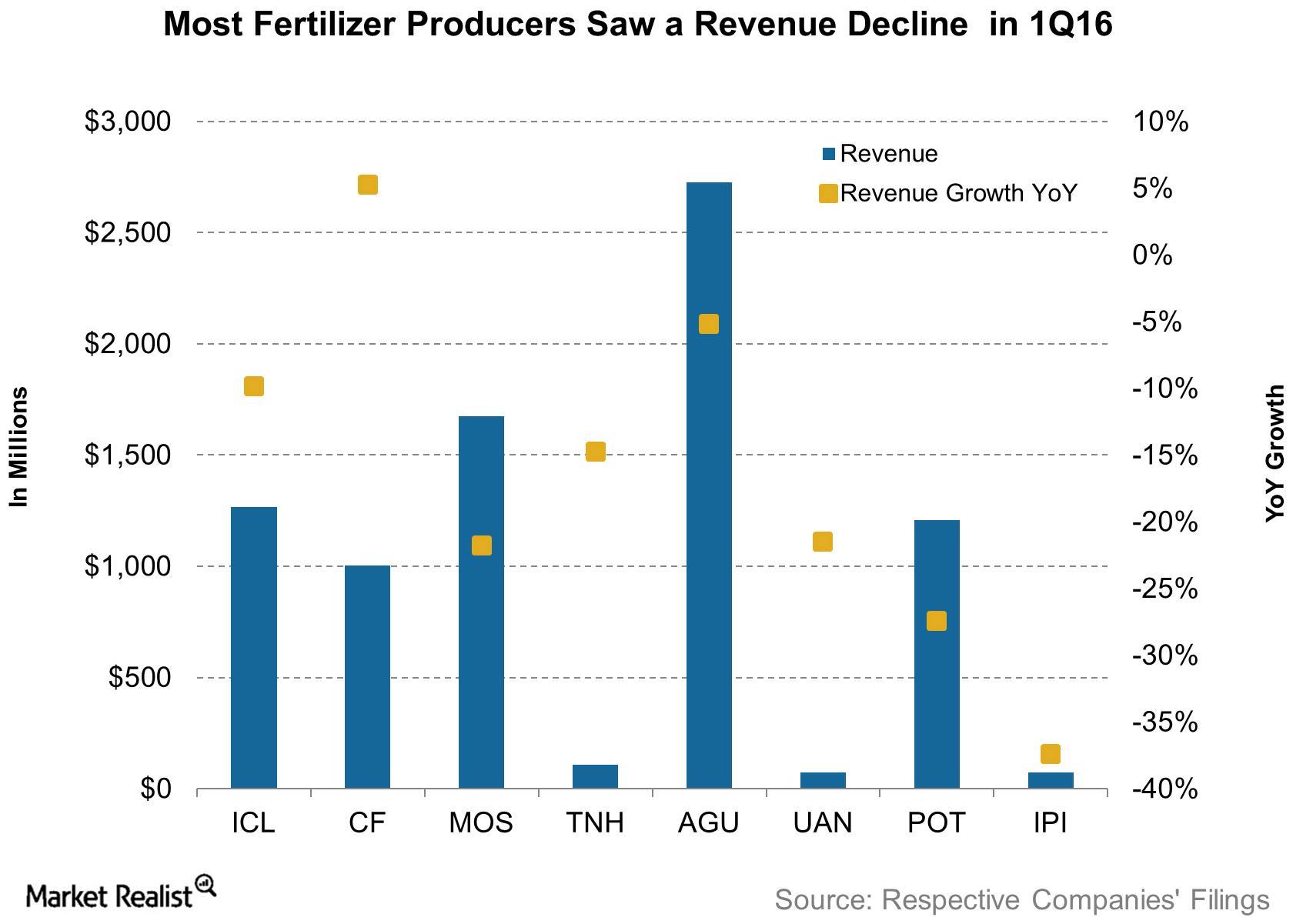 During the recent quarter ended March 2016, most of the agricultural fertilizer companies saw a YoY (year-over-year) decline in the top-line revenue by a median of 18%. The exception was CF Industries (CF), which was the only company to see growth during the quarter. CF Industries grew up by 5%.

How bad was it?

Intrepid Potash (IPI) recorded a 37% decline in its top line, which was followed by PotashCorp’s (POT) 27% drop. Both companies have a high exposure to potash fertilizers, which have been facing a challenging pricing environment.

Let’s look at the shipments for these companies by fertilizer products, starting with nitrogen.