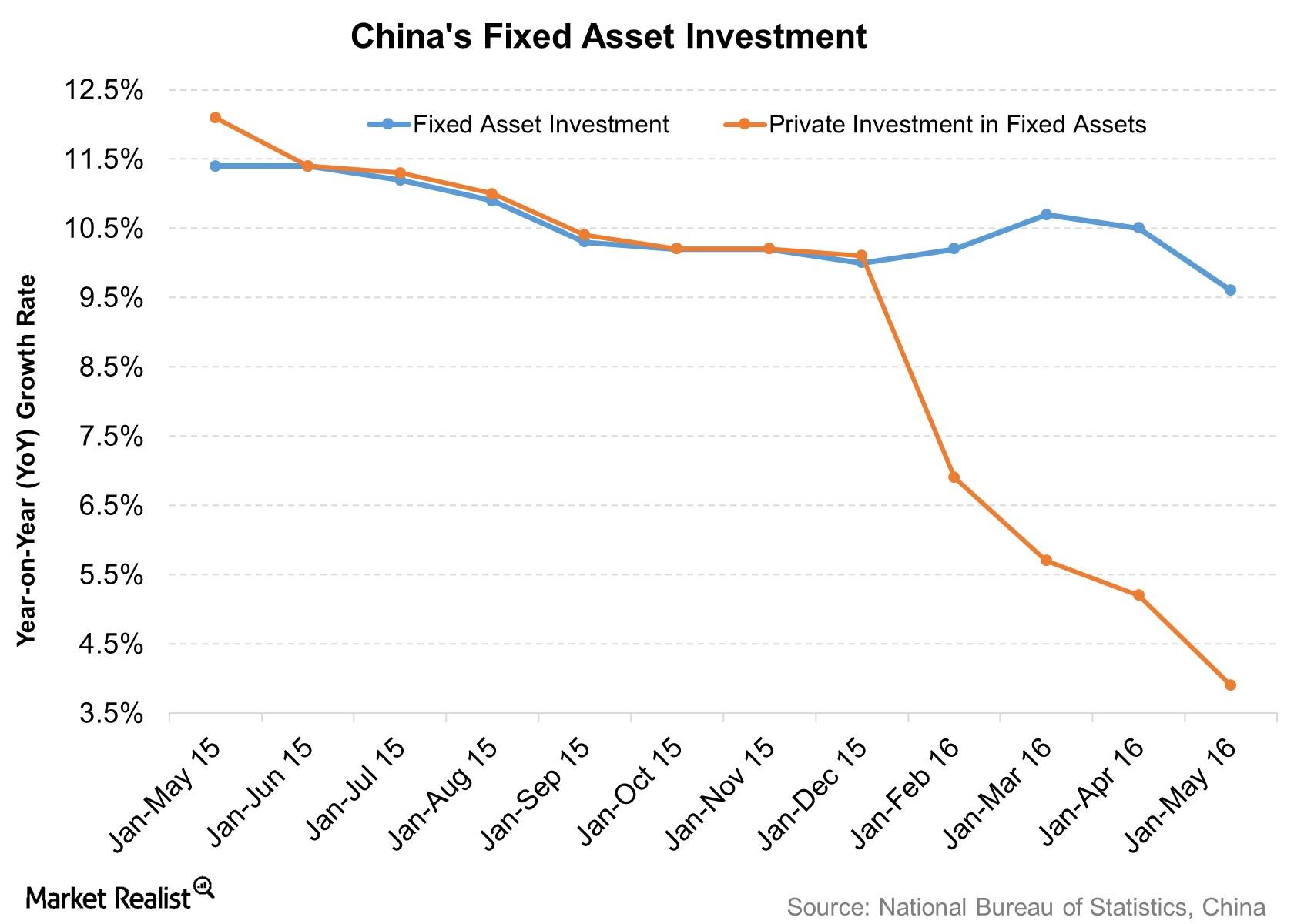 Thus, the soft May results raise the possibility of policy easing by China’s central bank in the coming months.

Sheng Laiyun, a spokesman with the NBS, said, “The slowdown in private investment shows that economic growth momentum needs to be strengthened.” He opined that private companies are reluctant to invest due to overcapacity in factories and a difficulty in obtaining finance, though China’s economic fundamentals remain sound.

Sluggish private investment indicates that China’s growth would be predominantly dependent on fiscal spending, and that occurs through inefficient state enterprises. Investment by state firms rose 23.3% YoY in January to May. Meanwhile, government spending soared 17.6% YoY in May versus 4.5% in April.

The government may have to pump more money into the system to achieve its target growth rate of 6.5%–7% in the awake of dismal private fixed asset investment. However, this would result in additional debt for China, and it is already facing fear of a hard landing due to massive debt.

The IMF said Beijing must act quickly to tackle mounting corporate debt, which it estimates has swelled to about 145% of GDP

In the next article in this series, we’ll take a look at China’s retail sales data.