In this part, we will look at some important takeaways from Devon Energy’s 1Q16 earnings call. 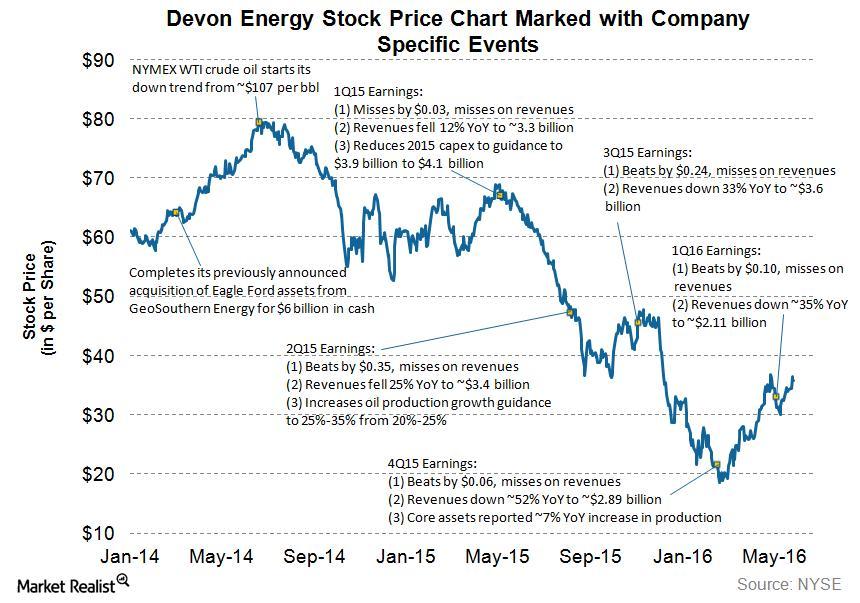 In February 2016, Devon Energy (DVN) forecasted its E&P (exploration and production) capital expenditure in the range of $0.9 billion–$1 billion. At that time, crude oil was trading around $29 per barrel and since then, crude oil has rallied by ~69% to trade at ~$49 per barrel.

Devon Energy’s president and chief executive officer, David Hager, said that there are a number of things that Devon is considering to increase its E&P activity, such as commodity prices, capital costs, and operating expenses. He added, “Directionally, you could look for us to start adding incremental activity when oil prices are $50 or higher.”

Hager noted that “it would probably take $60 oil or more to really get back to a capital spend level of close to $2 billion versus the $1 billion we’re at now, which would, really, with our maintenance capital sitting somewhere between $1.5 billion or $2 billion, that would allow us to flatten the production.”

In an increased activity scenario, Devon is planning to give priority to its assets in the Delaware Basin and the STACK in Oklahoma.

Devon Energy is giving the highest priority to its strategic asset sale program, which should strengthen Devon’s balance sheet. Devon Energy’s management is planning to execute these asset sales despite the recent recovery in crude oil prices. Hager commented, “We’re confident that we’re going to get those done in the timeframe that we described.”

Continue to the next part for a rundown of the reaction from Wall Street.