The US airline industry has gone through a massive phase of consolidation in the past decade. In 2015, six major airlines held nearly 90% of the market share. Those airlines include United Continental (UAL), American Airlines (AAL), Delta Air Lines (DAL), Southwest Airlines (LUV), Air Canada, and JetBlue Airways (JBLU). This compares to 11 airlines holding 96% of the market share in 2005. 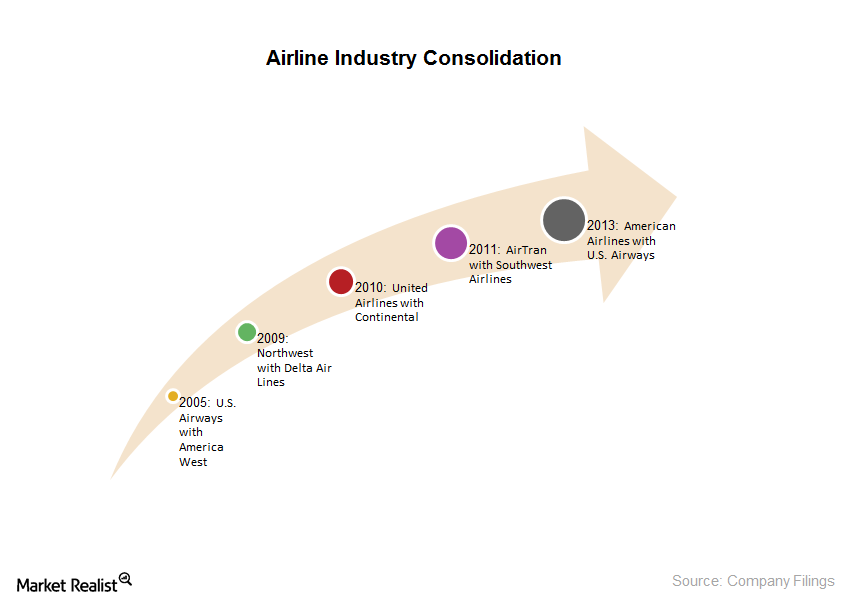 Below are some of the major mergers among airlines:

Airlines have benefited from consolidation, which has reduced completion, thus easing some pressure on pricing. Consolidation has also helped airlines manage their resources by aligning supply and demand more efficiently.

Why was a merger inevitable for AAL? 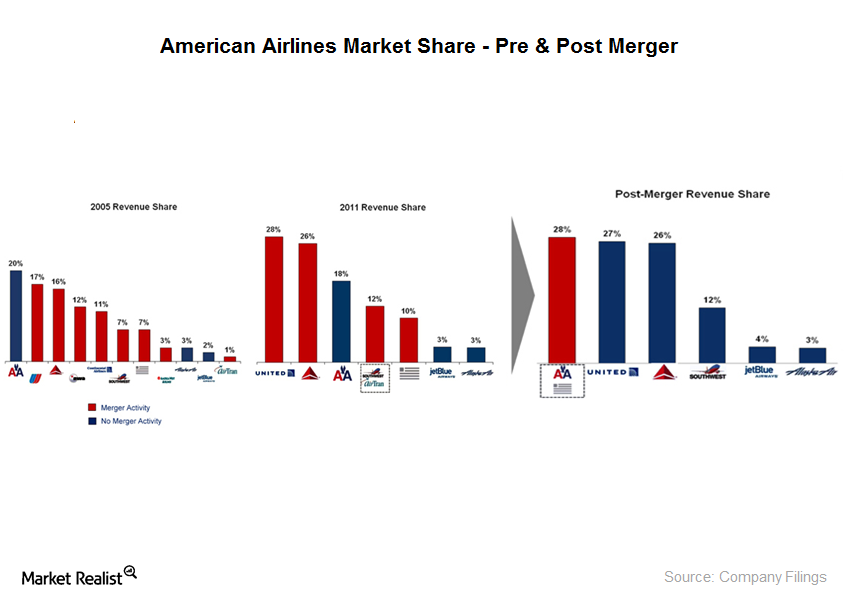 Investors can gain coverage to airline stocks by investing in the SPDR S&P Transportation ETF (XTN).

In the next part of the series, we’ll see how American Airlines and US Airways overcame objections from the United States Department of Justice.