Prime Now is a one-hour delivery service that’s available to Amazon’s (AMZN) Prime members. The service has gradually started to become one of Amazon’s most important services, as it gives the company a chance to beat traditional retailers like Best Buy (BBY) or Walmart (WMT) on the immediacy factor. Amazon already beats these retailers in terms of selection and pricing. 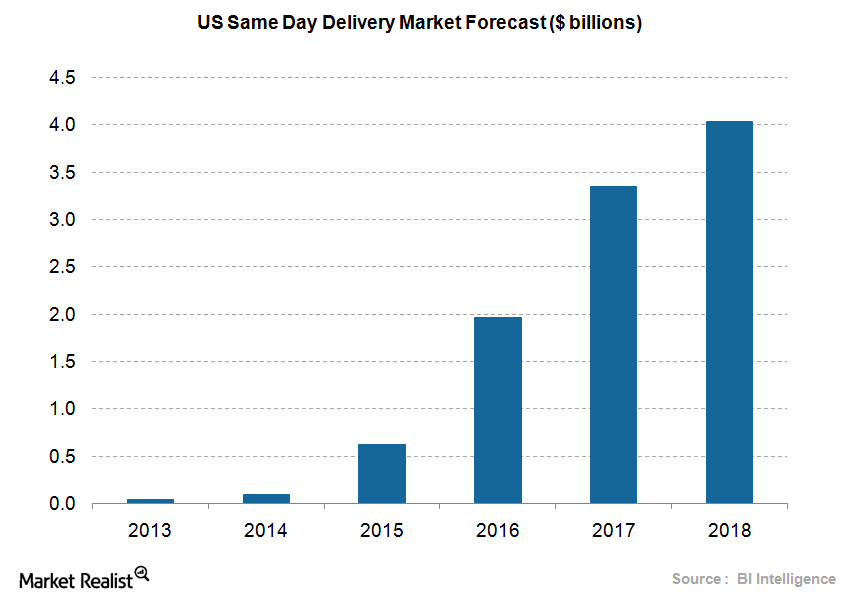 The same-day delivery market is poised for strong growth

Amazon’s expansion of its Prime Now service clearly aims to leverage the fast-growing same-day delivery market. According to a report from Business Insider Intelligence, and as the chart above shows, this market could grow from $0.62 billion in 2015 to $4.0 billion in 2018 at a compounded annual growth rate of 76%. This fast growth has attracted other players such as Google (GOOG) and UPS (UPS) to this market.

We discussed Google Express in the first part of the series. According to a report from Fortune, UPS invested in same-day delivery startup Deliv early this year.