At the two-day FOMC (Federal Open Market Committee) meeting that ended on April 27, 2016, the Fed decided to maintain its target range of 0.25%–0.5%, as expected. The Fed cited the slowdown in economic activity as the primary reason for holding off the rates although there has been an improvement in the labor market. The inflation is also low due to falling oil prices (SLB) (WMB) (CHK). However, oil prices have stabilized somewhat.

Treasury yields fell after the meeting. The yield on the benchmark ten-year note fell from 1.94% on April 26 to 1.87% on April 27. Thus, funds such as the iShares 20+ Year Treasury Bond Fund (TLT) and the Wasatch-Hoisington U.S. Treasury Fund (WHOSX) traded higher. 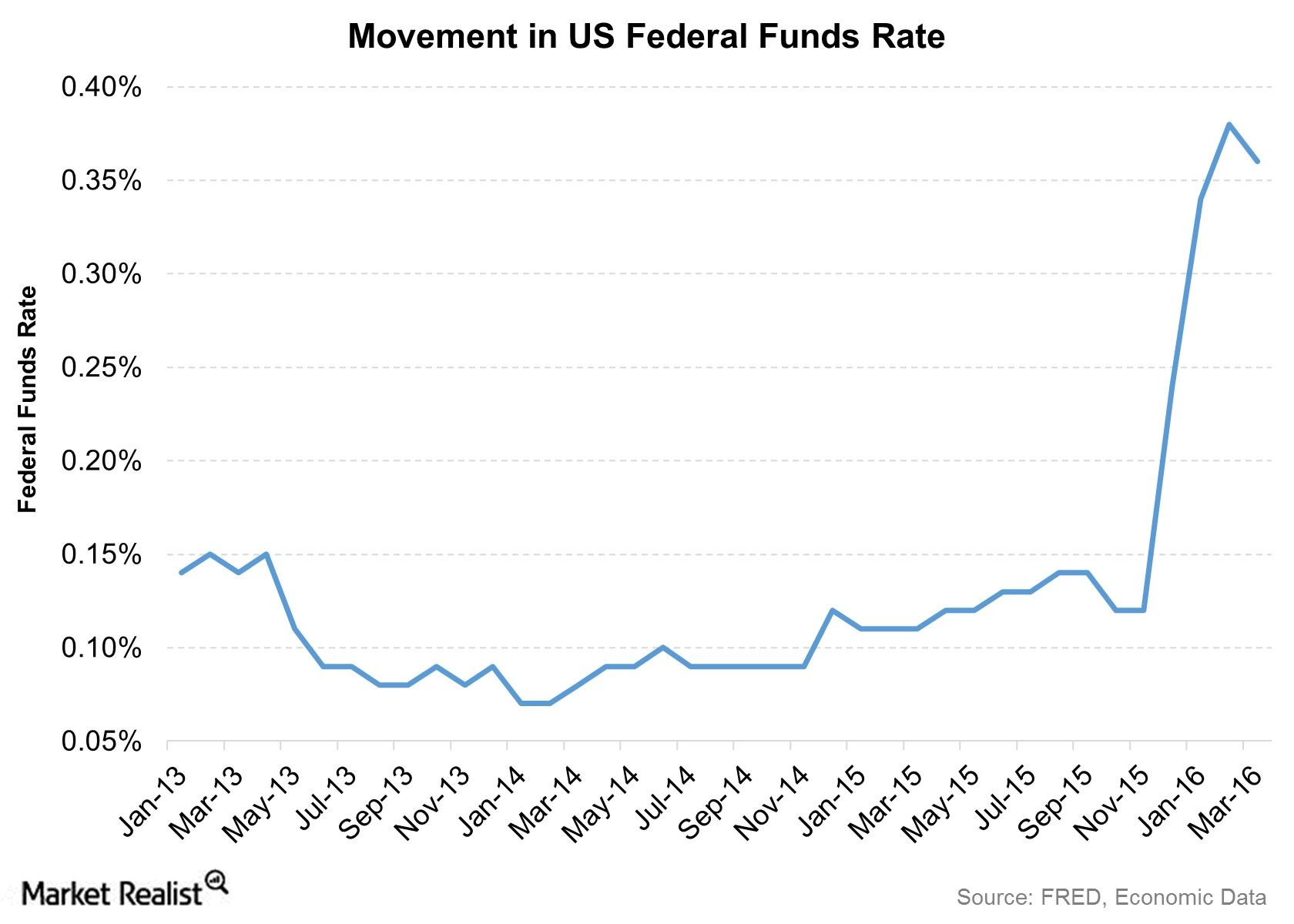 The meeting didn’t provide strong clues about a rate hike at the June meeting but left the doors open if the economy improves. The next FOMC meeting will be held on June 14–15.

If not June, then December

The Fed may hike interest rates in June, but again the possibility looks grim. According to CME Group FedWatch tool, there was a 21% chance of a rate hike in June, just before the release of April’s policy statement. However, chances fell to 15% after the release of the statement.

If the rate hike doesn’t happen during June’s meeting, then there likely won’t be a rate hike until the December meeting due to US elections. It’s possible that the Fed may raise interest rates during the election period, but it would be highly unusual.

In the next article, we’ll look at the seven-year Treasury notes auction.