The above graph compares the year-over-year EBITDA growth for SPH, APU, FGP, and SGU. SPH, APU, and SGU attributed the decline in EBITDA to the warmer-than-normal winter temperatures during the quarter. 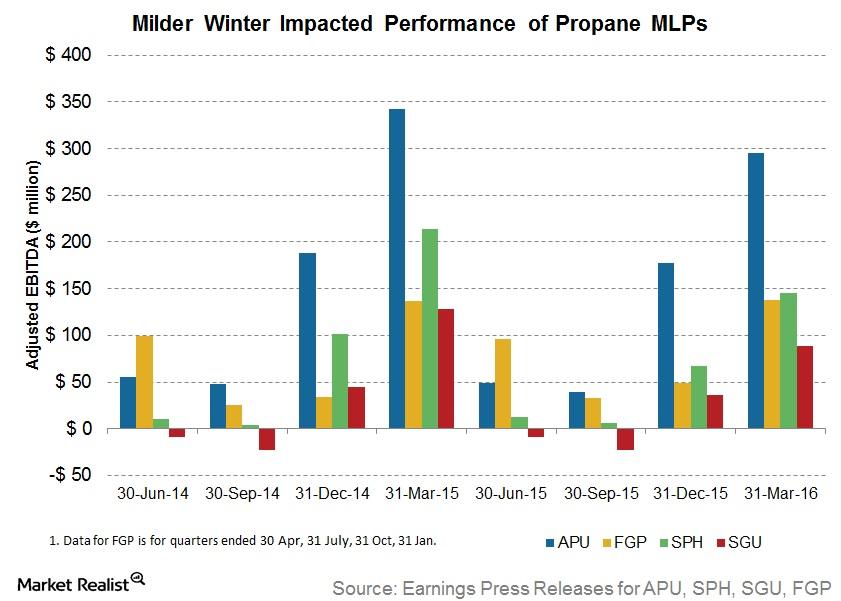 As we’ve already seen, the earnings of propane distribution MLPs have significant seasonal variations. The above graph shows the adjusted EBITDA for our four MLPs over eight quarters. As the graph shows, EBITDAs were the highest in the quarter that ended March 31, which includes the winter heating season. FGP’s EBITDA is spread over the March and June quarters because its comparable March-ending quarter ends on January 31. February and March get reflected in the fiscal quarter that ends on April 30.

Now let’s analyze and compare the leverage situation of the four MLPs.