US GDP grew slower than anticipated 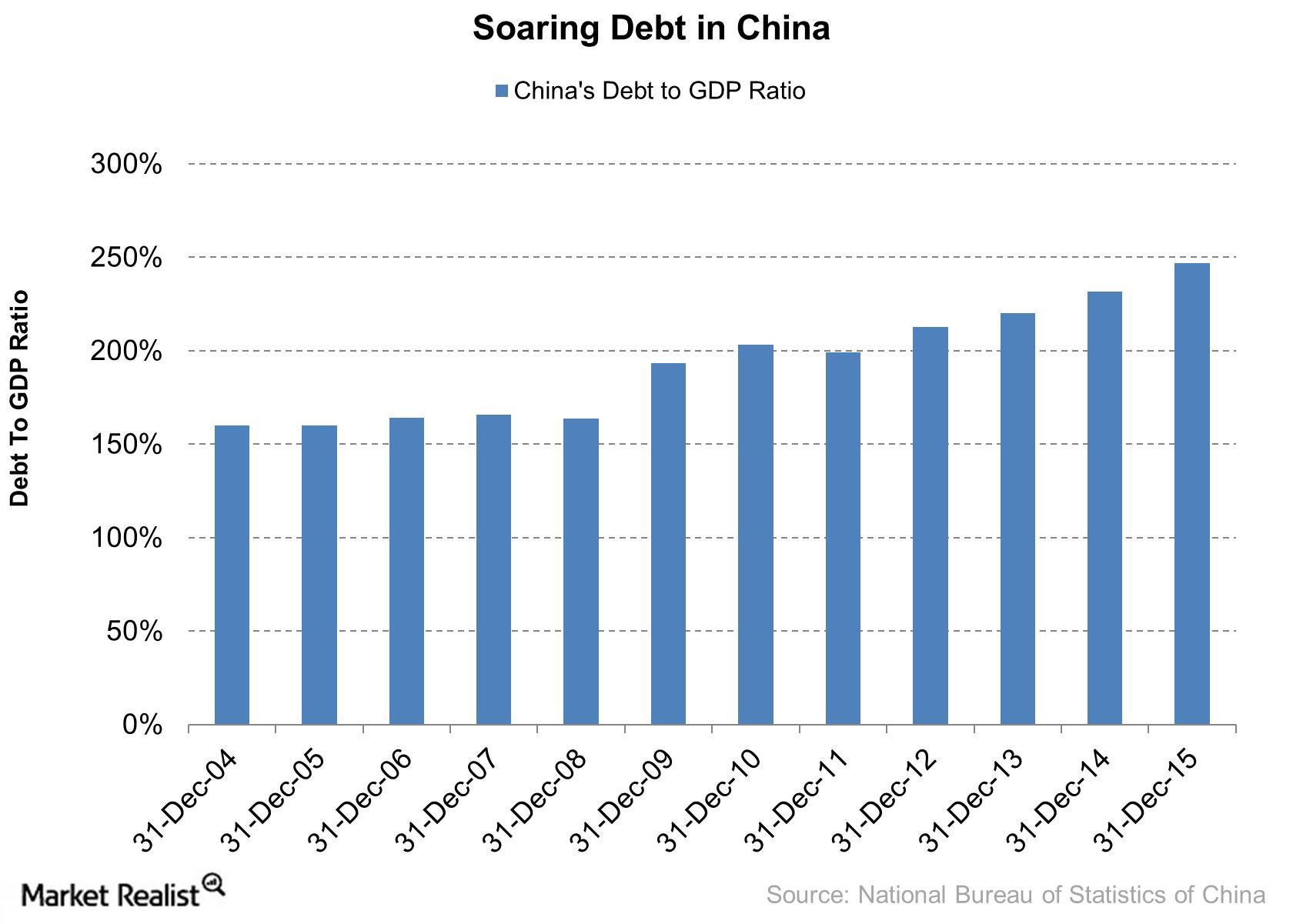 China’s debt, if not controlled by the government and central bank policies, could send disruptive ripples in global financial markets. It could impact crude oil prices and oil-weighted stocks such as Abraxas Petroleum (AXAS), Triangle Petroleum (TPLM), and Denbury Resources (DNR). The S&P 500 index and crude oil have a positive correlation. We’ll take a detailed look at that in Part 4 of this series.

In the next part of the series, we’ll see what mild weather is going to mean for natural gas.