Gold prices were on a downward trend during the past week as the US dollar showed comparative strength. The uncertainty regarding whether the US will raise interest rates more in the current year has been affecting precious metals. Accordingly, the US dollar reacted to global turbulence and dipped, losing strength to the other currencies like the Japanese yen and the euro. The US dollar is depicted by the DXY Currency, which measures the dollar’s strength against the six major trade-weighted currencies of the world including the euro, the Japanese yen, the Swiss franc, the pound, the Swedish krona, and the Canadian dollar.

The DXY currency index has lost about 4.5% year-to-date but has posted gains of almost 0.49% on a five-day trailing basis as of Friday, May 13. 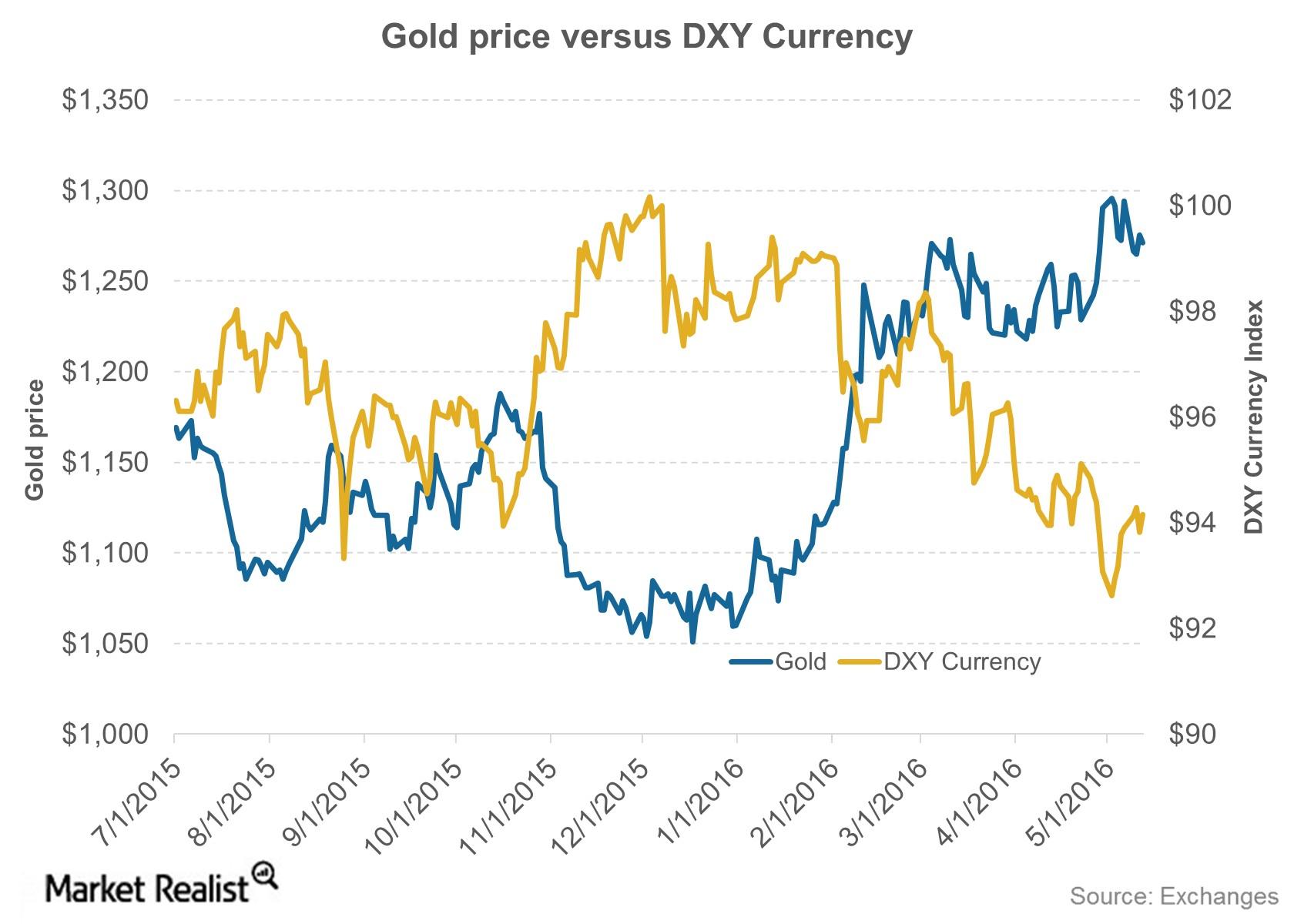 As the chart above shows, the US dollar and gold have a close inverse relationship. There are several important factors that have contributed to the surge in precious metals in 2016.

The sentiment in the financial market sentiment has ruled gold since the start of 2016. The volatility in big economies of the world like China impacted the commodities market significantly. Gold and silver remained the top-performing commodities during the first quarter of 2016.

In this series, we’ll discuss the global factors that impacted gold and the opinions of major banks on this precious metal.