Another day of losses for gold

Another day of losses continued for gold on Friday, May 20, 2016. Gold futures for June expiration declined 0.15%, falling marginally $2 and closing at $1,252.90 per ounce. It was the lowest settling price for gold since late April. A fourth straight day of decline for gold leaves gold with a five-day trailing loss of approximately 1.7%.

The loss in gold, however, didn’t plague the other three precious metals. Silver, platinum, and palladium rose marginally 0.24%, 1%, and 0.08%, respectively, on the same day. Silver closed at $16.50 per ounce on Friday after a five-day trailing loss of 3.5%. Silver superseded gold once again, but this time in losses.

The fall in gold took the iShares Gold Trust (IAU) lower by 0.25%, while the iShares Silver Trust (SLV) increased 0.13%. 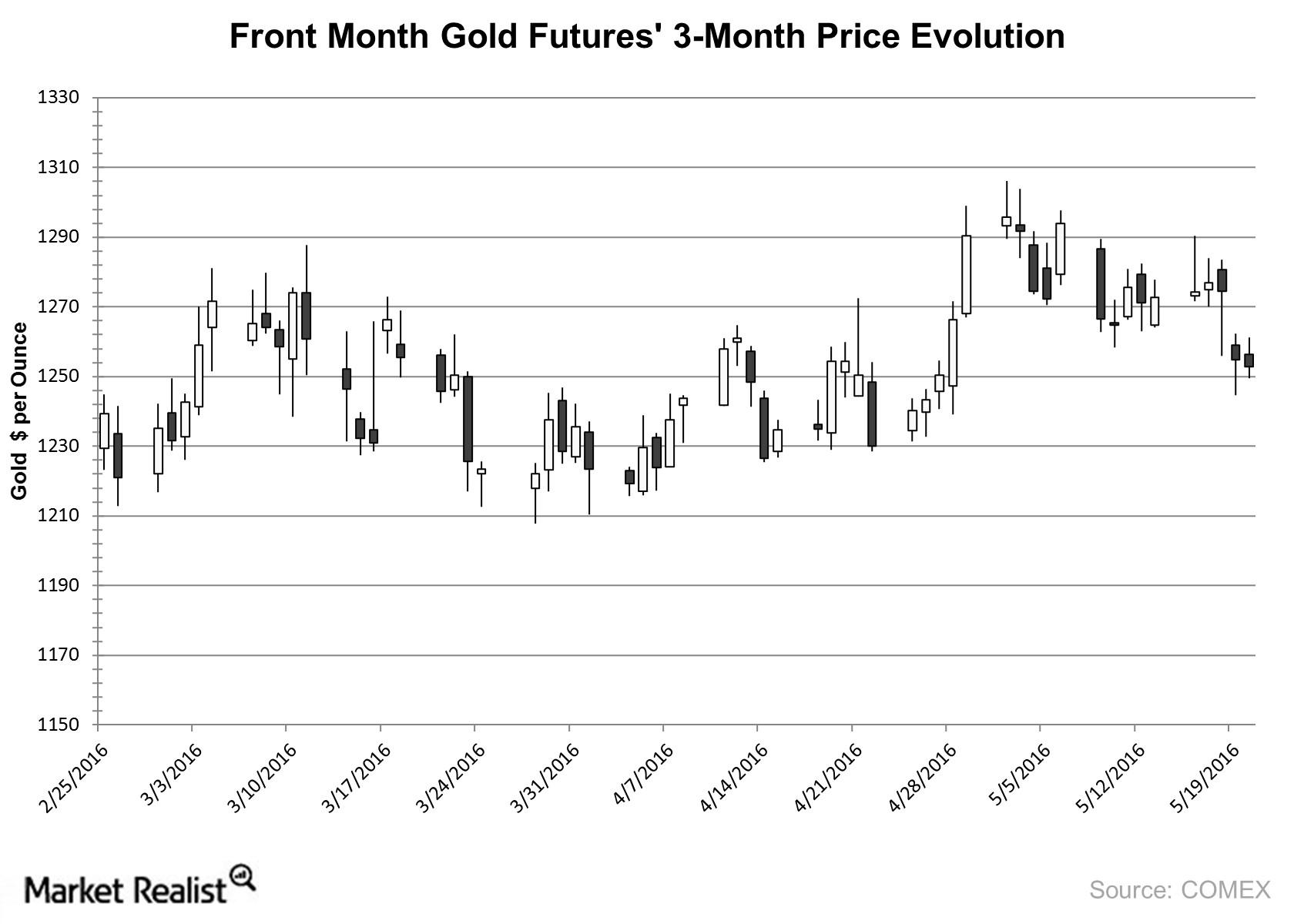 The hawkish Fed stance during the past week pointed to a closer-than-expected interest rate hike, which caused gold to lose its luster. The opportunity cost of gold increases as the interest rate rises. Investors flock to other higher interest-bearing assets, deserting the non-yield bearers. With the next FOMC (Federal Open Market Committee) meeting lined up for June, the prospects for gold look dim.

Mining shares didn’t give up as easily as gold, however. Most miners continued in positive territory despite heavy losses in gold over the last one week. Miners that saw gains on Friday include Agnico-Eagle Mines (AEM), Silver Wheaton (SLW), and Coeur Mining (CDE). These three shares rose 1.1%, 0.26%, and 2.2%, respectively. Together, these three miners make up 10.3% of the fluctuations in the VanEck Vectors Gold Miners Fund (GDX).

In the next part of our series, we’ll see how economic numbers have played on DXY (U.S. Dollar Index) and gold.