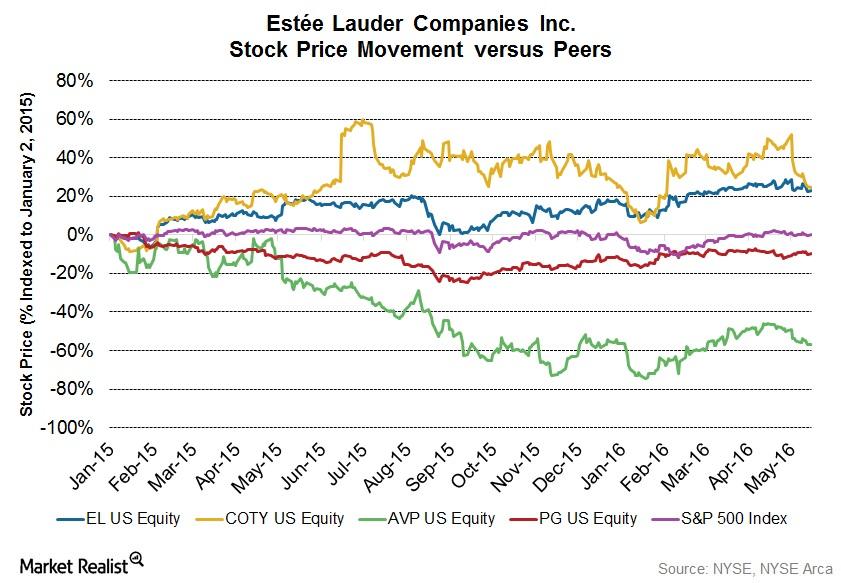 The fall was primarily due to weak Chinese and British manufacturing data, which revived the threat of slowing global growth and falling US Treasury yields. EL’s stock saw a drastic fall of ~4% to $93.29 after it released its fiscal 3Q16 earnings on May 3. Two weeks after its earnings, its stock has fallen ~0.5%.

The rise in Coty’s stock reflects higher growth for the company in Brazil due to its acquisition of Hypermarcas. Coty’s merger with 43 P&G beauty brands also triggered this growth. To learn more about the deal, you can read Coty Buys 43 Procter & Gamble Brands: What Investors Should Know.

Estée Lauder’s acquisition of By Kilian was complemented by EL’s portfolio of prestige fragrances and contributed 10 basis points of the sales growth in fiscal 3Q16. Estée Lauder delivered strong revenue and earnings results, but its operating margin fell in fiscal 3Q16.