For 1Q16, EOG Resources (EOG) reported a total production of 549.9 MBoe (thousand barrels of oil equivalent) per day, which is at the higher end of its 1Q16 production guidance range of 519 MBoe–551 MBoe per day. 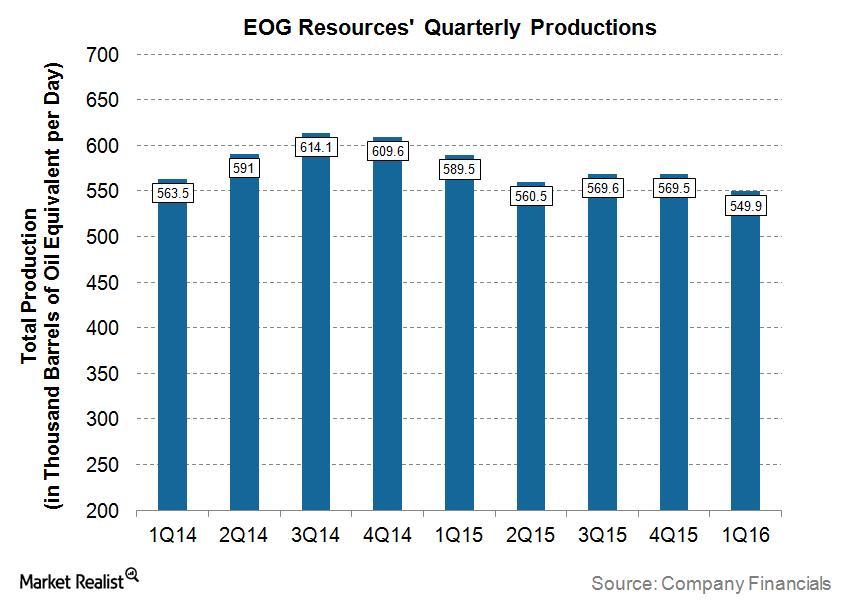 Whereas Pioneer Natural Resources is expecting a ~12% growth for its 2016 production, many other upstream companies, such as Energen (EGN), Southwestern Energy (SWN), Chesapeake Energy (CHK), and Marathon Oil (MRO), are expecting lower production volumes for 2016.