The Walt Disney Company (DIS) views the opening of its Shanghai Disneyland in China (FXI) as a strong revenue growth driver. The company expects to declare its Shanghai Disney Resort open on June 16, 2016. It will be Disney’s first resort in mainland China. Disney expects pre-opening expenses for the Shanghai resort to be around $300 million in fiscal 2016.

Disney has also added its first-ever attraction related to the movie, Pirates of the Caribbean at the theme park in China. The company has also added a Lion King show in the Mandarin language at the theme park. Disney is expecting higher attendance at its Shanghai Disneyland. The park has good connectivity, and it has kept its ticket prices “affordable.” 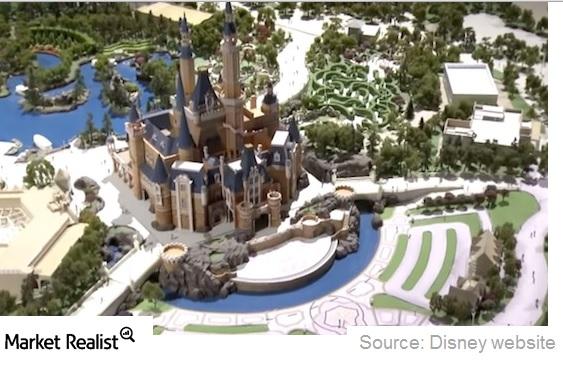 Disney elaborated further on its pricing strategy at Shanghai Disneyland, stating that “The pricing that we have in China is for basically peak and off-peak periods, and there are more off-peak days than there are peak days. There is roughly a $20 differential between peak and off-peak and somewhere in the neighborhood of $76 a day for the peak and $56 for the off-peak. There is also some pricing for children and some pricing for senior citizens.”

The company also noted that the reaction to the pricing for its theme parks and hotels had been positive so far. Notably, last year, Disney’s competitor Comcast (CMCSA) acquired a 51% stake in Universal Studios Japan (EWJ) to fuel its international expansion efforts.