A look at PVH Corp.’s profitability and margins

PVH Corp. (PVH) recorded earnings per share (or EPS) of $1.52 in fiscal 4Q15, including a negative impact of $0.36 related to foreign currency exchange rate changes compared to the previous year. The company registered an earnings decline of about 14% per share in fiscal 4Q15 compared to fiscal 4Q14.

However, on a constant currency basis, PVH’s EPS increased by 7% compared to fiscal 4Q14. 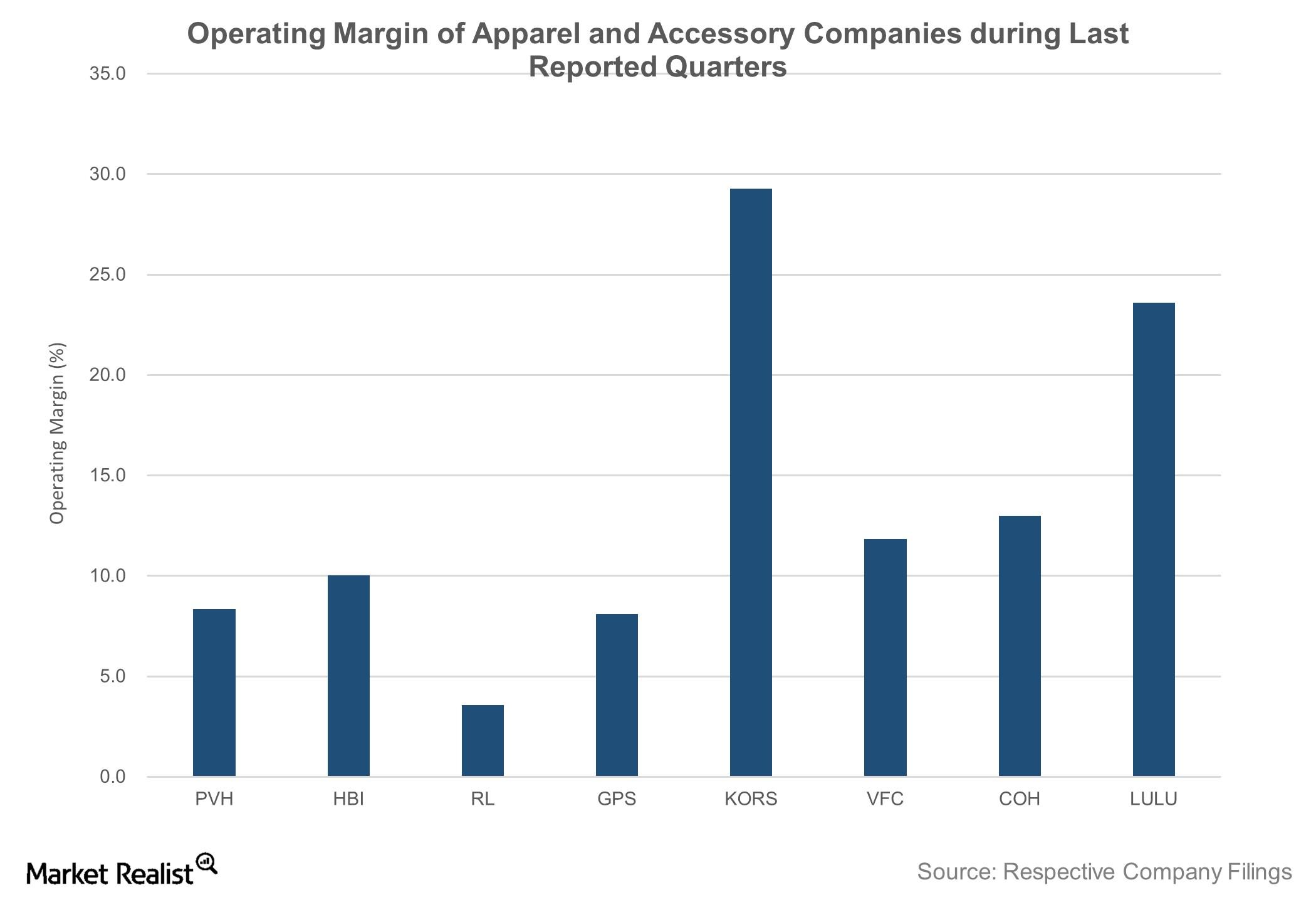 PVH Corp.’s (PVH) earnings before interest and taxes (or EBIT) increased by 7% on a constant currency basis in fiscal 4Q15, driven by:

PVH Corp.’s overall profitability and margins were negatively impacted by exchange rate changes. The company’s EBIT declined by 10% YoY to $182 million in fiscal 4Q15 after including the impact of foreign currency exchange rates.

Investors who would like exposure to PVH can consider pooled investment vehicles like the Consumer Discretionary Select Sector SPDR ETF (XLY), which invests 0.31% of its portfolio in PVH.

Please read the next section to learn about the company’s guidance for fiscal 1Q16.