Copper has fallen more than 3% since the beginning of 2016. The uncertainty regarding future demand along with the stronger dollar and weaker global economic picture have weighed on copper prices this year. 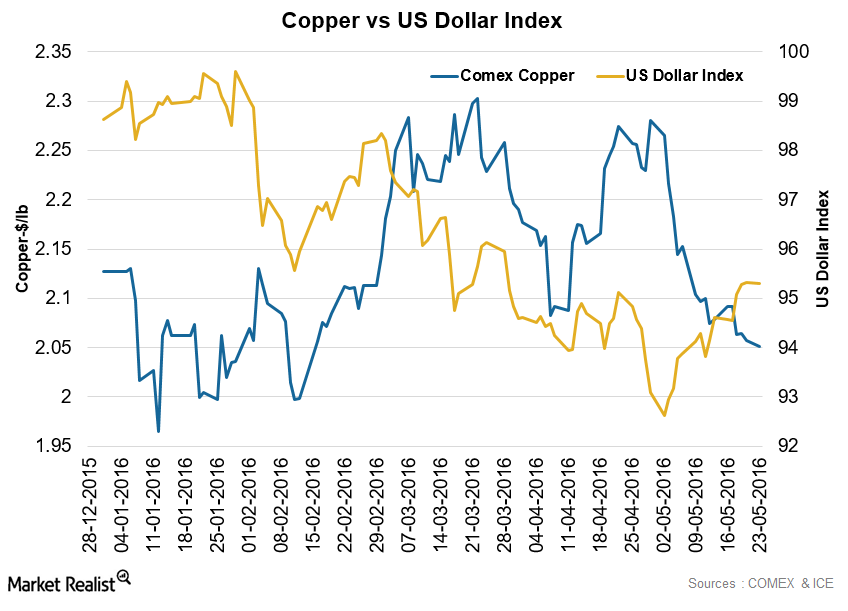 The market believes that we could see a supply-demand balance in the global copper market in 2016 and 2017. 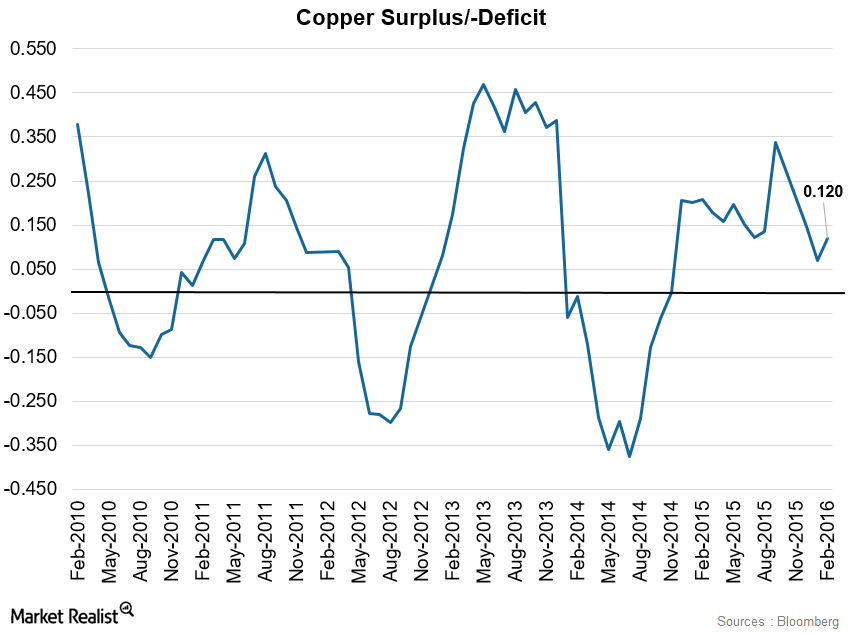 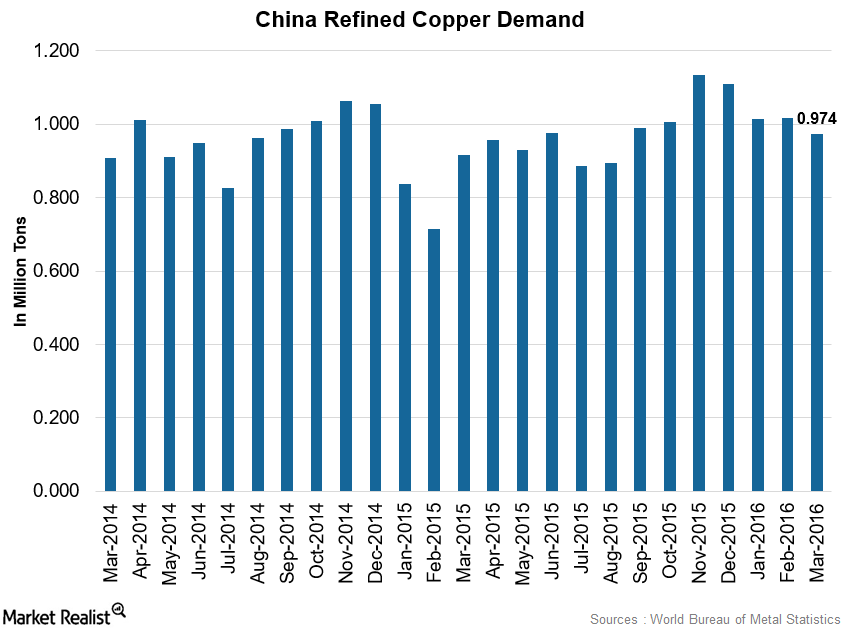 According to IWCC, the refined copper demand is expected to see a slight improvement, especially in the major copper consumers like China, India, USA, and EU-28 countries. The highest demand growth outlook was forecasted for China, the biggest consumer of copper. Copper demand in China is expected to rise by 2.5% in 2016 to reach 10.4 million tons. In 2017, the demand is expected to surge 2.2% to reach 10.6 million tons. Considering the fact that China is the biggest consumer of base metals, the economic situation of China will have an impact on copper prices.