The Caixin China General Services Business Activity Index came in at 51.8 in April, above the neutral 50.0 level and lower than 52.2 in March. A reading below 50 indicates that activity is contracting. A reading above 50 indicates expansion. The data indicated that the pace of service sector expansion remained modest overall and slower than the historical series average.

Service companies reported a faster rise in new orders due to improved client demand and new product launches. Employment rose at a modest pace. The level of outstanding business at service providers increased for the first time in 2016 so far, although slowly. Average input and output costs continued to rise for service providers with the rate of inflation picking up slightly in April. 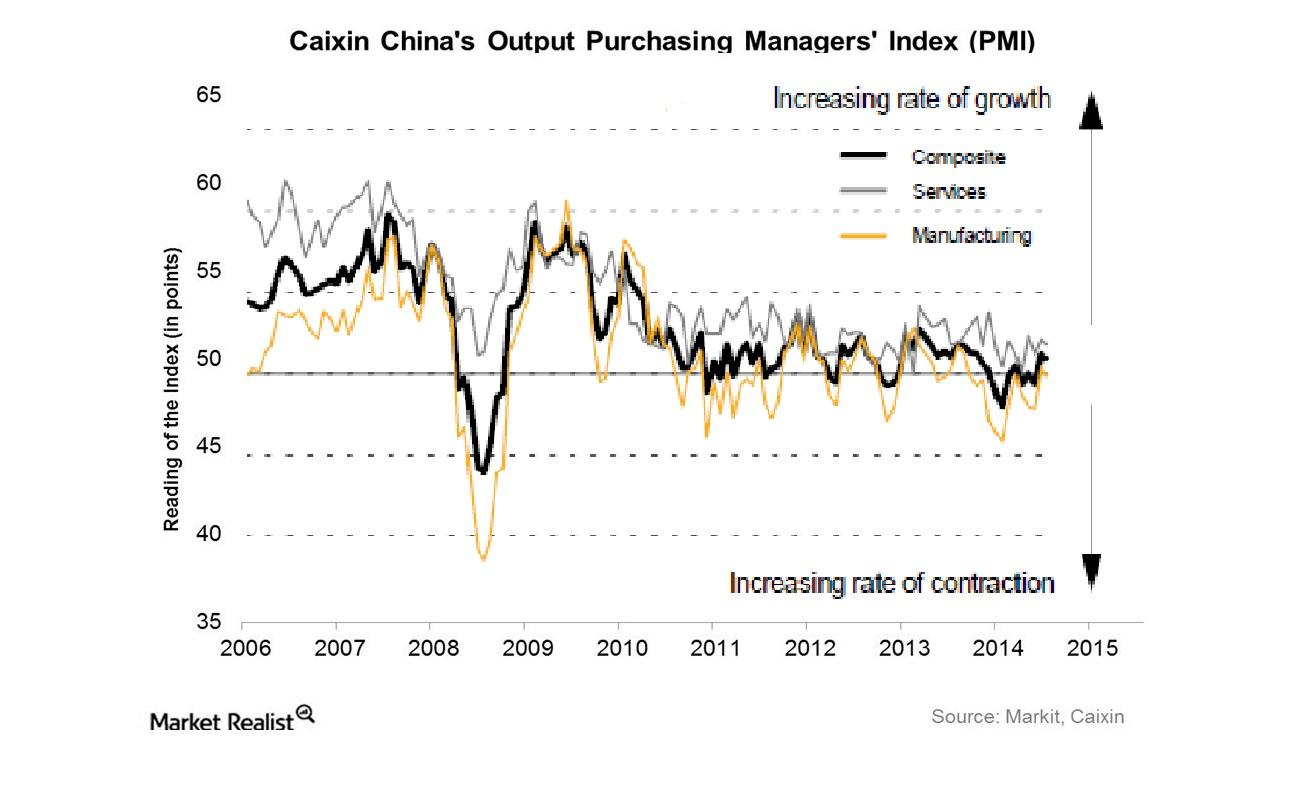 According to He Fan, chief economist at Caixin Insight Group, “Overall, however, the economy still faces relatively strong downward pressure. The government needs to keep implementing moderate stimulus to prevent a hard landing of the economy.”

Caixin China Composite PMI (Purchasing Managers’ Index) data, which covers both manufacturing and services, witnessed a second successive monthly expansion of overall business activity in April. But the rate of activity growth eased since March, and the Caixin Composite Output Index stood at 50.8 in April. That’s above the neutral 50.0 value but lower than March’s reading of 51.3.

April data indicated that growth of Chinese overall business activity continued to be led by the service sector, as output broadly stagnated for manufacturers. Overall new business at the composite level expanded modestly for the second month in a row.

Financials, information technology, telecommunication services, and healthcare are four major service sectors. The Columbia Greater China – Class A (NGCAX) and the Clough China – Class A (CHNAX) have sizable exposure to these sectors. Modest growth in the service sector would lead to a rise in revenues and margins for companies such as China Biologic Products (CBPO), Baozun (BZUN), 58.com (WUBA), and Baidu (BIDU), in which the above mutual funds are invested. Performances of these mutual funds would also be positively impacted.

Investors can get exposure to Chinese stocks through ETFs such as the iShares MSCI China (MCHI) and the Deutsche X-trackers Harvest CSI 300 China –Class A (ASHR).