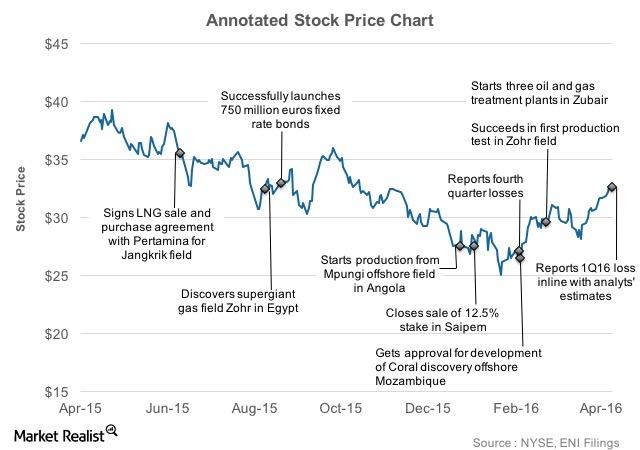 To combat the lower oil price scenario, Eni’s management stated in its first quarter press release that “in order to cope with the anticipated negative impact of the scenario on the E&P results from operations and cash flow, management is planning to increase efforts to optimize capex and reduce operating costs by exploiting the deflationary pressure induced by the fall in crude oil prices.”

According to Eni, its G&P (gas and power) segment is expected to put on a dull show in 2016 on account of lower demand growth and oversupply. In the segment, management expects to renegotiate long-term contracts to improve earnings.

Refining margins are also expected to be lower in 2016 than in 2015. To overcome the R&M (refining and marketing) segment’s bleak outlook, Eni expects to optimize refinery processes and costs. The company also plans to work toward improving its marketing earnings.