Agrium (AGU) earns revenue from two sources: retail and wholesale. The retail channel accounted for about 84% of Agrium’s revenue in 1Q16. The remainder came from the wholesale channel, excluding intersegment adjustments. 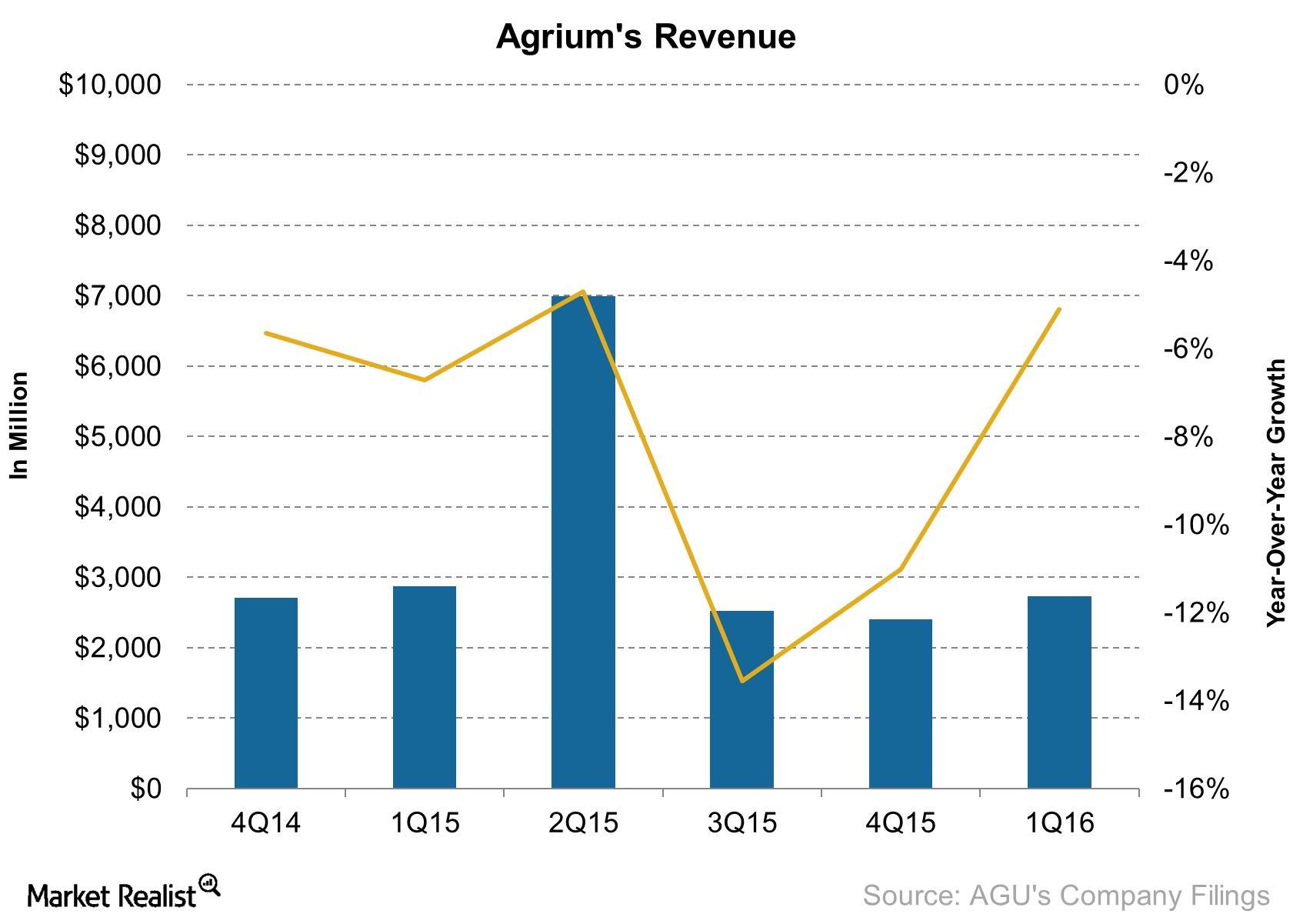 The retail segment’s sales, on the other hand, increased slightly from $2.2 billion in 1Q15 to $2.3 billion in 1Q16. Proprietary products give the company advantage over other fertilizer companies such as PotashCorp (POT), Mosaic (MOS), and Intrepid Potash (IPI) to maintain a stable margin. Sales for the retail segment were boosted by its proprietary and seed products, which we’ll look at in more detail later in this series.

You can consider a diversified portfolio such as the Materials Select Sector SPDR ETF (XLB), which invests 12% of its portfolio in agricultural chemicals.