In the previous part of this series, we saw how ammonia prices traded in North America and internationally for the week ended April 15, 2016.

Most ammonia is upgraded to urea. In 2013, about 54% of global ammonia was upgraded to urea, according to FERTECON. Urea prices have rebounded from their lows at the beginning of 2016, especially in the Cornbelt region, implying that demand has picked up. 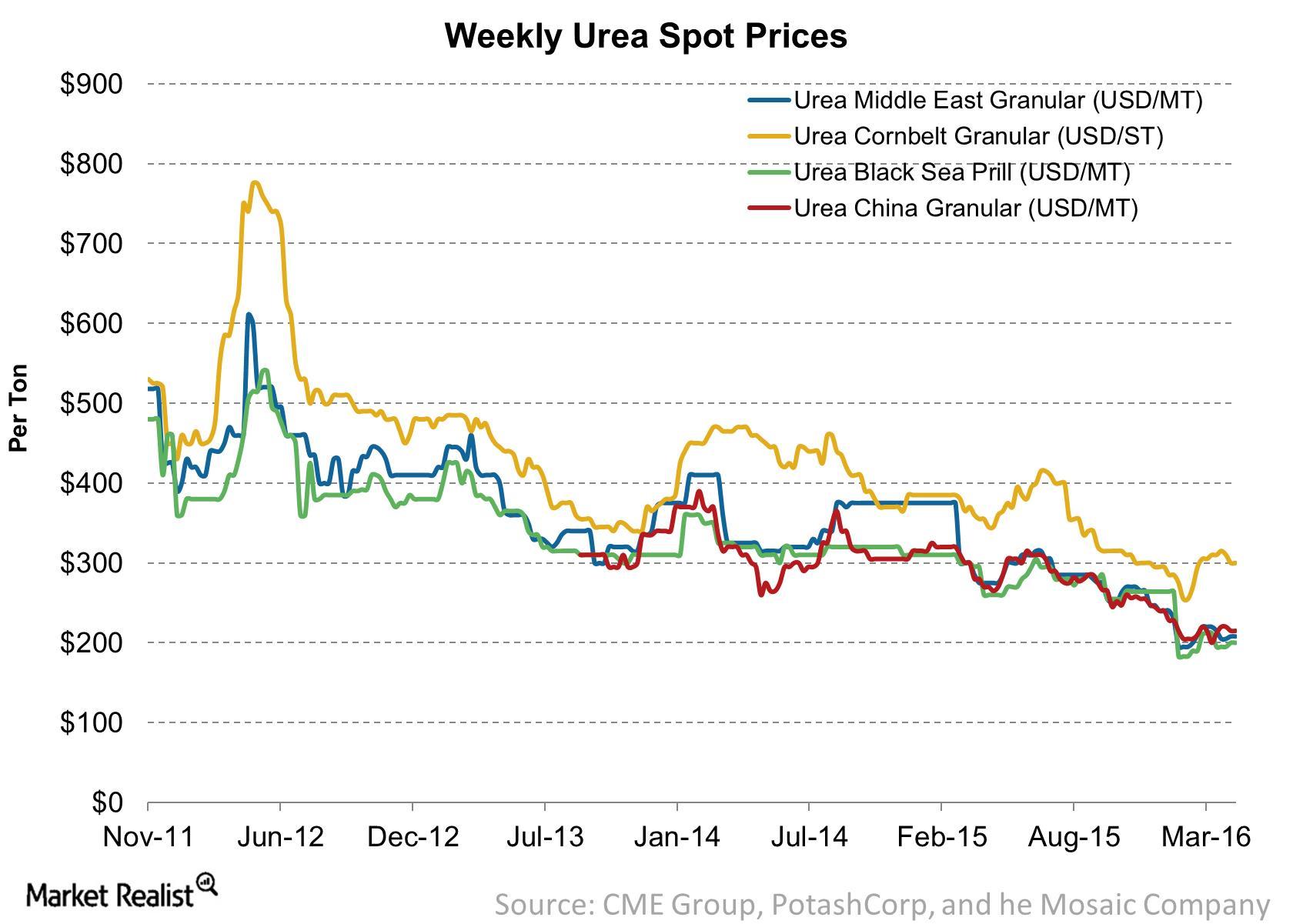 For the week ended April 15, urea prices in China remained unchanged at $215 per metric ton compared to the previous week. Year-over-year, urea in China fell by 20% compared to $270 per metric ton in the same week last year. China uses coal as a hydrogen source to produce nitrogen fertilizers, not natural gas.

Rising urea prices in China affect companies such as CF Industries (CF), CVR Partners (UAN), PotashCorp (POT), and Agrium (AGU). Rising prices also affect the iShares US Basic Materials ETF (IYM) because this ETF invests in some of the above companies. IYM invests ~48% in chemical companies.

In the next part of this series, we’ll look at the key input cost for nitrogen fertilizers.