Just as the new week started with safe-haven bids for gold on Monday, April 18, a similar situation occurred as crude oil dropped by nearly 7%, dragging down the equity markets. In Doha, a nascent freeze output deal by OPEC and non-OPEC producers fell apart on Sunday, propping up crude prices.

As crude oil prices had slipped south during the beginning of 2016 and as the unrest in China grew, gold rose due to haven calls. Similarly, gold touched a high of $1,243.30 per ounce on Monday but later dropped, closing marginally above the previous day’s close of $1,235 per ounce. 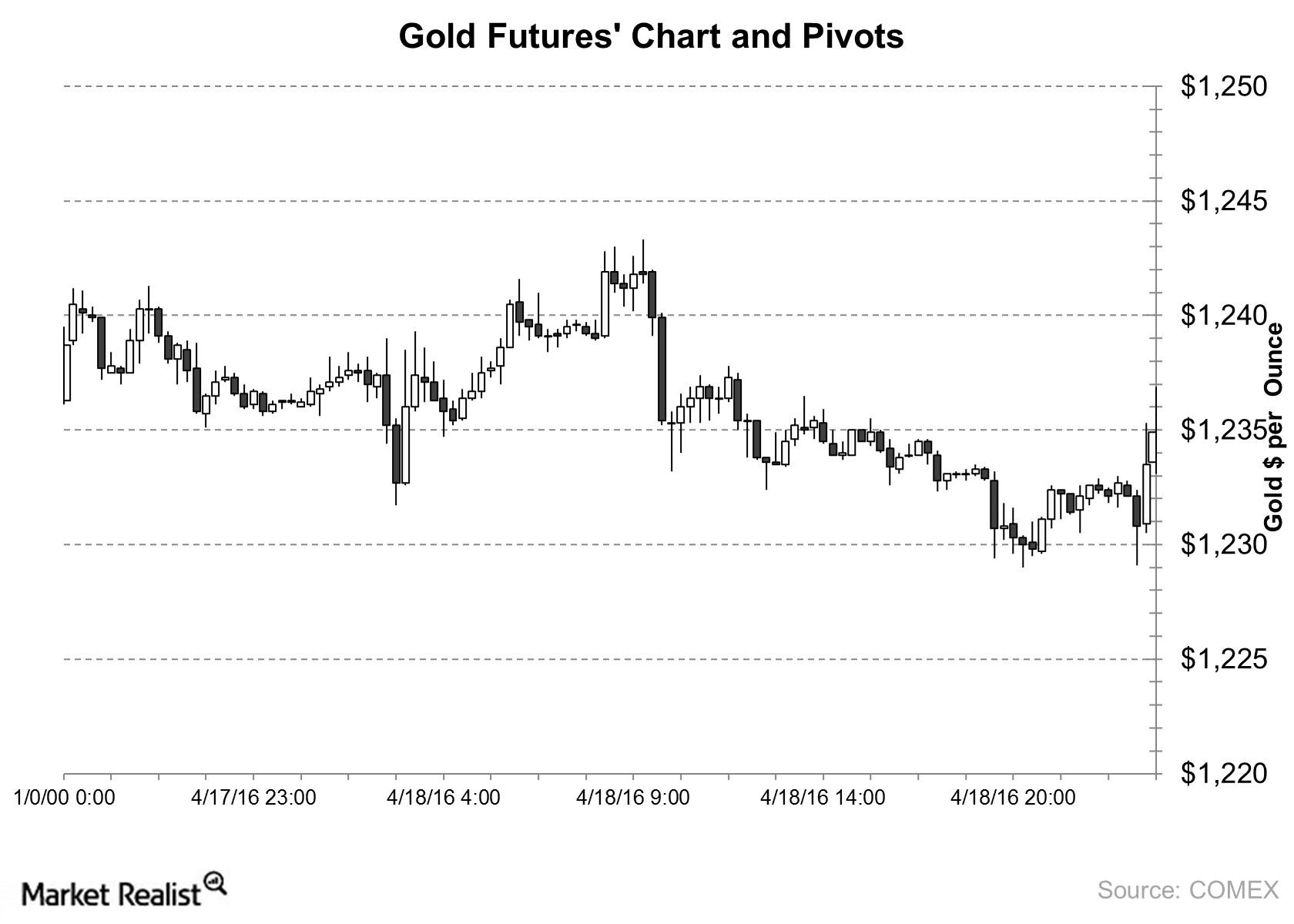 Gold and crude oil traditionally have a close direct relationship, in which a rise in oil prices helps gold. Both assets are dollar-denominated and weakness in the US dollar often gives them a lift. Under normal circumstances, oil helps inflation, as oil is a major component used to determine inflation numbers. Gold is traditionally used as a hedge against inflation. So, oil supports inflation, which further supports gold.

However, since the beginning of 2016, it seems that gold and crude oil have changed course. The rout in the oil markets triggered the demand for gold, pushing gold higher. Crude oil and the equity markets were closely linked, and gold maintained an inverse relationship.

The changes in oil and especially gold substantially impact the miners. The mining companies showed a mixed reaction on Monday, as Hecla Mining (HL) and Kinross Gold (KGC) rose by 2.8% and 1.7%, respectively. Randgold Resources (GOLD) and Alacer Gold (ASR) fell by 1.6% and 1.5%, respectively, on Monday. These four miners together make up 10.2% of the price changes in the VanEck Vectors Gold Miners ETF (GDX).