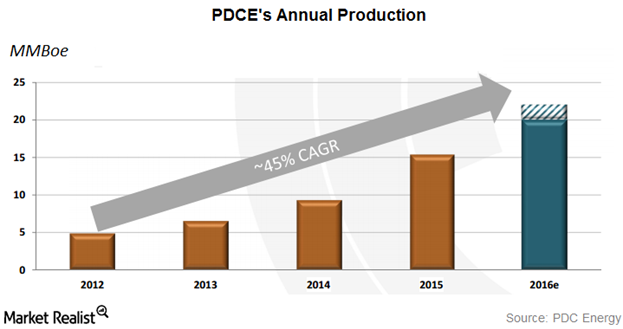 PDCE’s 2015 earnings were stronger than those of upstream peers due to the company’s drilling efficiencies and cost reductions. PDCE reduced its LOE (lease operating expenses) by ~19% year-over-year in 2015.