According to Baker Hughes’ data release for the week ending on April 22, 2016, the natural gas rig count fell to 88—compared to 225 a year ago. 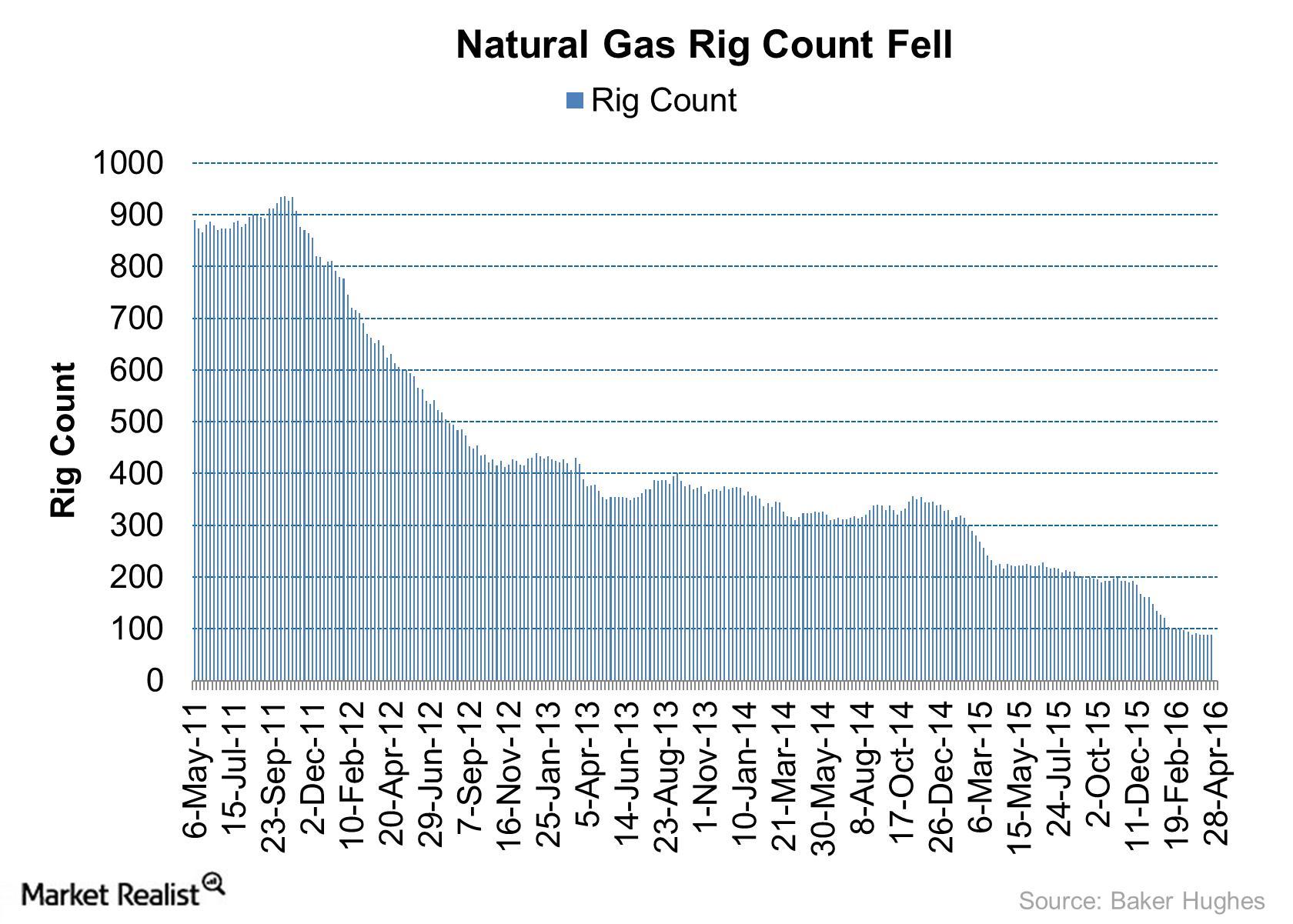 The inventory data expected to be released on April 28 could impact natural gas–weighted stock such as EXCO Resources (XCO), Ultra Petroleum (UPL), and Antero Resources (AR).