Japan’s quantitative easing (or QE) program requires the BoJ (Bank of Japan) to buy 80 trillion yen (or $733 billion) in government bonds each year. The bond-buying is, in effect, an attempt to spur inflation in the economy by infusing more money into the system. 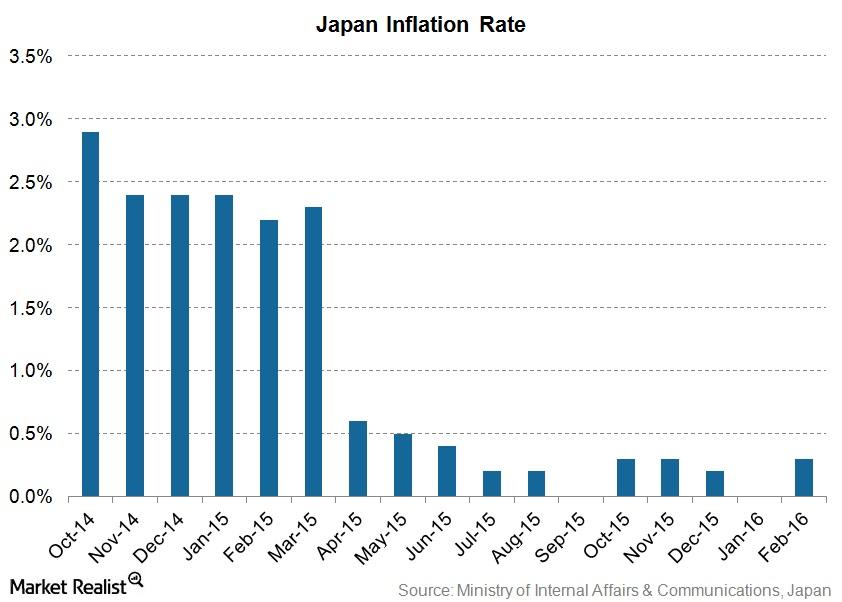 Is quantitative easing working in Japan?

The effect of Japan’s QE program can be viewed in the following two perspectives:

The BoJ may soon be forced to taper its bond purchase program due to technical constraints. The central bank seems to have reached the limit to which it can exercise QE in the economy. Quantitative easing certainly seems to be at a tipping point in this developed market (EFA) (VEA).

In the final part of our series, we’ll let you decide if you should hedge your Japanese equity exposure or not.