Ionis Pharmaceuticals (IONS), known as ISIS Pharmaceuticals (ISIS) until December 2015, has been a leader in the RNA-targeted therapeutic space for more than 26 years. The company is focused on bringing its late-stage drugs to the markets and developing new high-value drugs that might be the best-in-class treatment for life-threatening diseases. 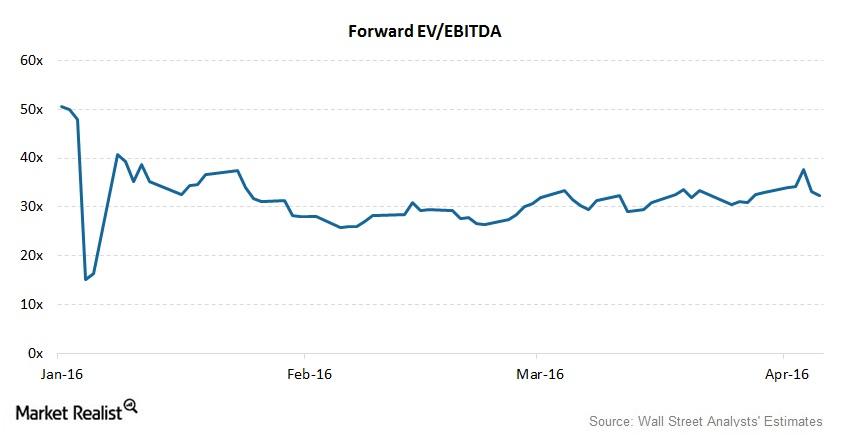 On a capital structure neutral and excess cash-adjusted basis, Ionis (IONS) was trading at a forward EV-to-EBITDA (enterprise value to earnings before interest, taxes, depreciation, and amortization) multiple of 32.4x. This compares to the industry average of ~19.8x as of April 13, 2016. The company’s forward EV-to-EBITDA multiple has traded in the range of 25.9x to 50.7x.

The company is trading at an average EV-to-EBITDA multiple compared to its peers: Below are the multiples for some of its peers:

Here are the fundamental factors that drive Ionis’s stock prices and valuations:

In this series, we’ll be looking at Ionis’s existing products and other factors that are driving its revenues. This will give us a better understanding of each of the above drivers.

Next, let’s look at analyst estimates for Ionis Pharmaceuticals’ 2016 revenue.