As discussed in the last article in this series, Under Armour’s (UA) performance has been robust in markets outside North America. Besides the upbeat results in China, a key element spurring the increase in sales has been the expansion of the distributorship agreements with key retail partners like JD Sports in the United Kingdom. The company has added 250 shop-in-shops in Europe with retail partners as well as points of distribution in north and south Africa, the Middle East, and Turkey. UA has also increased the number of its country-specific e-commerce websites to 26. 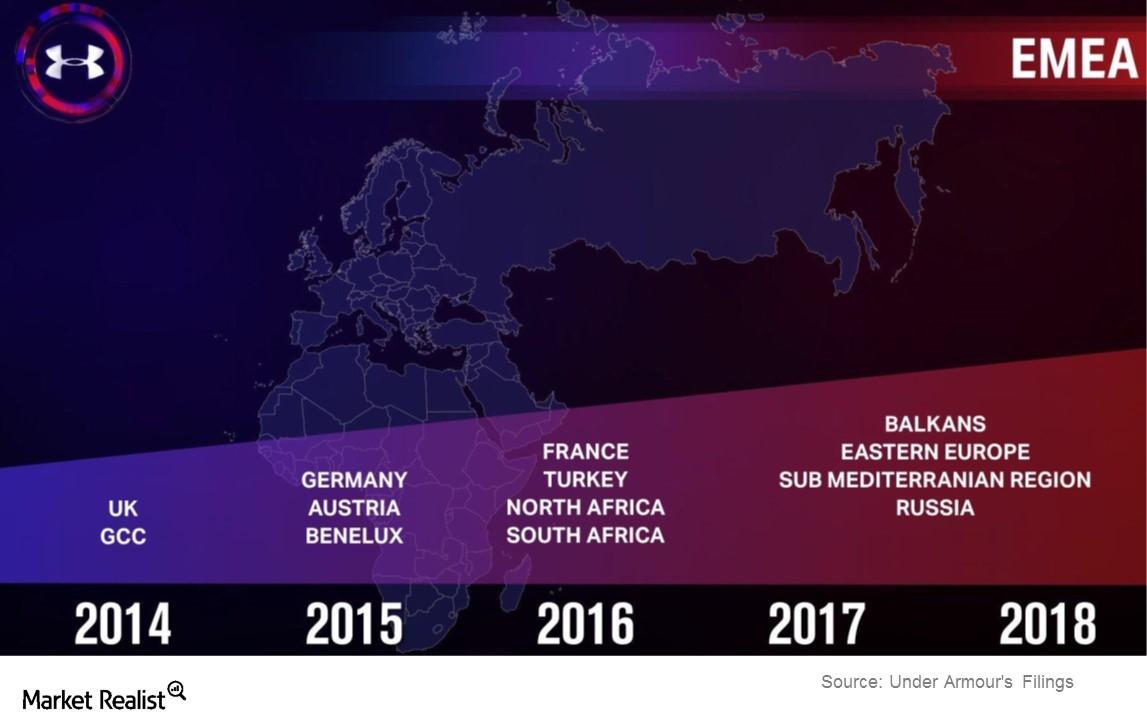 UA has also been increasing its marketing efforts in overseas markets, particularly in Europe and the United Kingdom. At its 1Q16 earnings call, the company announced a sponsorship deal with the English Premier League’s Southampton Football Club starting in the 2016–17 season. UA also has an existing sponsorship agreement in place with Tottenham Hotspur Football Club.

Last year, the company announced a vital shop-in-shop partnership with SportScheck in Germany, as well as the endorsement of German football club FC St. Pauli, among other endorsements. SportScheck is Germany’s largest sporting goods retailer. These deals are vital in order to establish the brand’s presence in new markets and grow (RPG) sales, as UA doesn’t operate its own retail stores in most markets.

These strategies should ensure more growth in overseas markets for Under Armour in the years ahead. UA also expects to expand its brand reach via retail and wholesale doors to more and more countries in the future. It aims to extend its reach to the EMEA (Europe, Middle East, and Africa), Latin America, and Asia-Pacific regions.

It should also be noted that UA’s international sales earn significantly lower margins than its North America sales, but margins are expected to improve over the long term.

We’ll discuss UA’s cost structure and profitability in greater detail in the next article in this series.