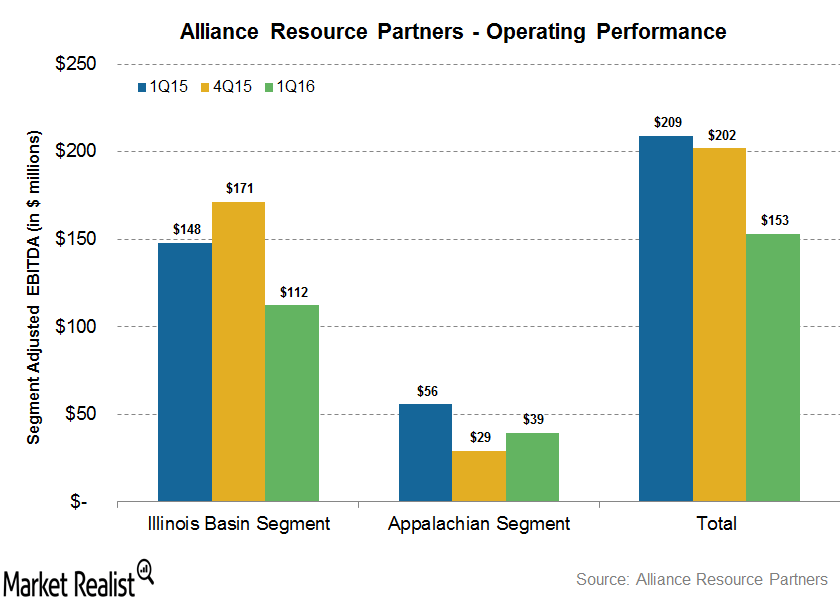 The continued downturn in the commodity market could have a significant impact on the future margins of ARLP and peers Cloud Peak Energy (CLD), Arch Coal (ACIIQ), Alpha Natural Resources (ANRZQ), and Peabody Energy (BTUUQ). In the next part of this series, we’ll look at Alliance Resource Partners’ leverage and liquidity position.