On April 4, 2016, Alaska Air Group (ALK) acquired Virgin America (VA) for $57 per share in cash. This amounts to a total of $2.6 billion. Accounting for Virgin America’s debt and aircraft operating leases, the deal is valued at ~$4 billion. The deal hasn’t received approval from the U.S. Department of Justice yet. 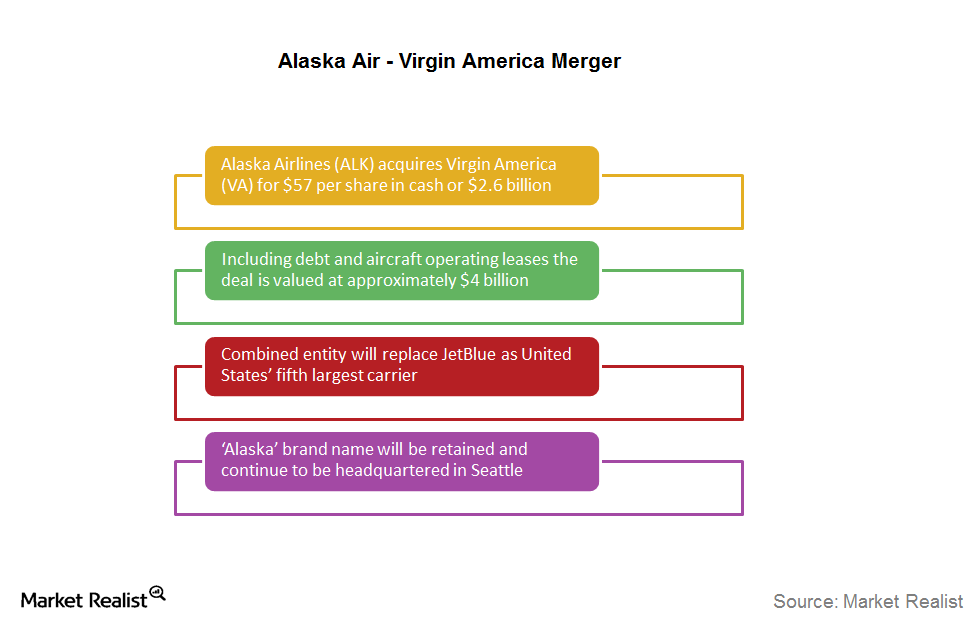 The merger will replace JetBlue as the fifth-largest carrier in the US after American Airlines (AAL), United Continental (UAL), Delta Air Lines (DAL), and Southwest Airlines (LUV). The combined entity will have an increased presence in high-growth cities such as Los Angeles, San Francisco, Washington, Seattle, and New York City.

The “Alaska” brand name will be retained. It will still be headquartered in Seattle.

According to sources familiar with the matter, there was a frenzied bidding war between Alaska Air Group and JetBlue Airways (JBLU). According to Virgin America CEO David Cush, JetBlue’s final bid was “fairly close to Alaska’s, not significantly below it.” However, the bid specifications aren’t public.

However, Alaska Air Group won’t just end up paying a premium for Virgin America. It will also have to give up its financial flexibility offered by low leverage.