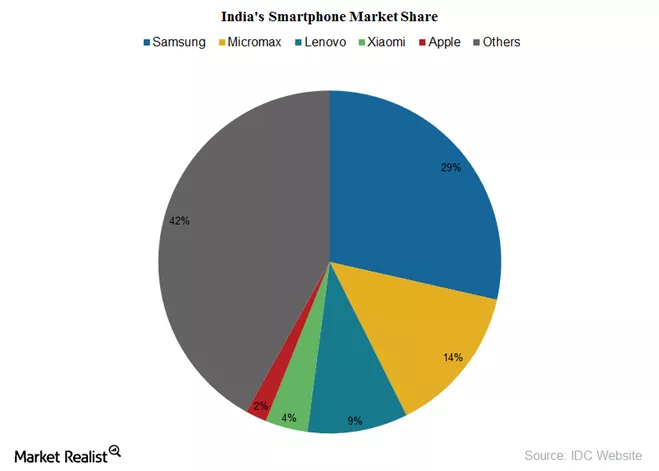 India is one of the largest smartphone markets in the world, and it’s the only country expected to see double-digit growth in 2016. Apple is eyeing India as a lucrative smartphone market, but it has a share of only 2% in the country.

Earlier this year, Apple stopped selling entry-level iPhone 4s and iPhone 5c models in India (EPI) through official channels. The iPhone 4s was the most affordable and popular iPhone in India and was priced at 12,000 Indian rupees (or $175) to capture the low-end segment in the country.

One of the main reasons that Apple has been unable to successfully penetrate India’s flourishing market is the price of its products. Apple products are still viewed as niche or luxury items by Indian consumers. So, Apple’s announcement could help it to increase its market share in India.

As shown in the above chart, other top players in India’s smartphone market include Samsung (SSNLF), Lenovo (LNVGY), and domestic giant Micromax.