A falling trend in sales comps, failed expansion attempts in the West, and concerns over rising competition resulted in a 40% fall in The Fresh Market’s (TFM) stock price in 2015. Whole Foods Market’s stock also fell 33%, mostly due to the same story line of declining sales comps and rising competition. Sprouts Farmers Market (SFM), despite a strong fundamental performance, fell 25% during the year. 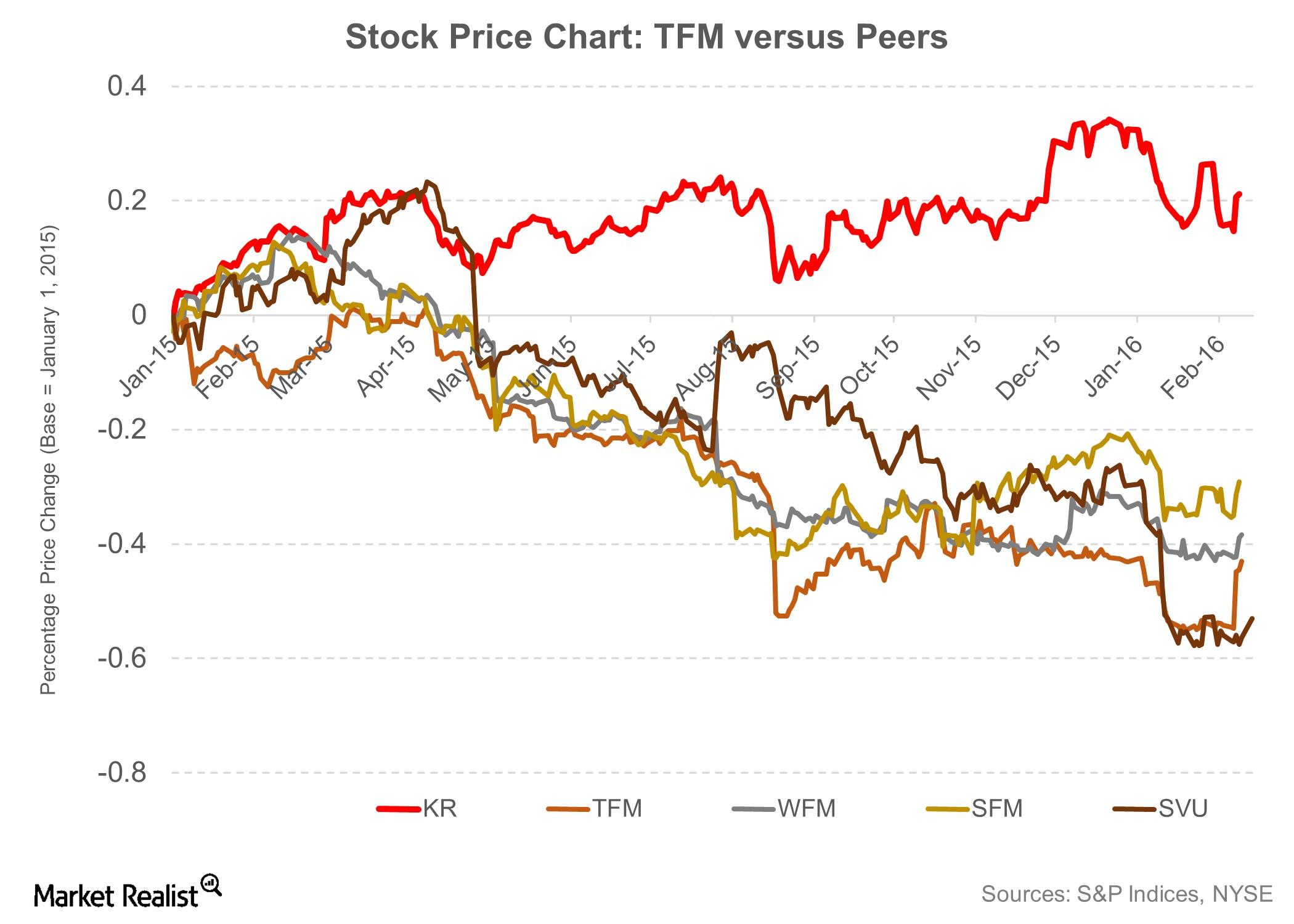 The Fresh Market does not offer any dividends. Whole Foods Market (WFM) and Kroger (KR), however, do offer healthy dividends. Their one-year forward dividend yields are 1.8% and 1.1%, respectively, as of February 29, 2016.

TFM’s Board of Directors authorized a $200 million stock repurchase program in August 2015. The company bought back 1.6 million shares for $37.6 million in fiscal 3Q16 and has $162.4 million remaining for future stock repurchases.

The Fresh Market (TFM), Kroger (KR), Whole Foods Market (WFM), and Sprouts Farmers Market (SFM) are part of the SPDR S&P Retail ETF (XRT) and together account for 4.4% of the ETF’s holdings.