In this part, we will talk about the capex changes in our four upstream companies: Hess (HES), Apache (APA), Devon Energy (DVN), and Marathon Oil (MRO). 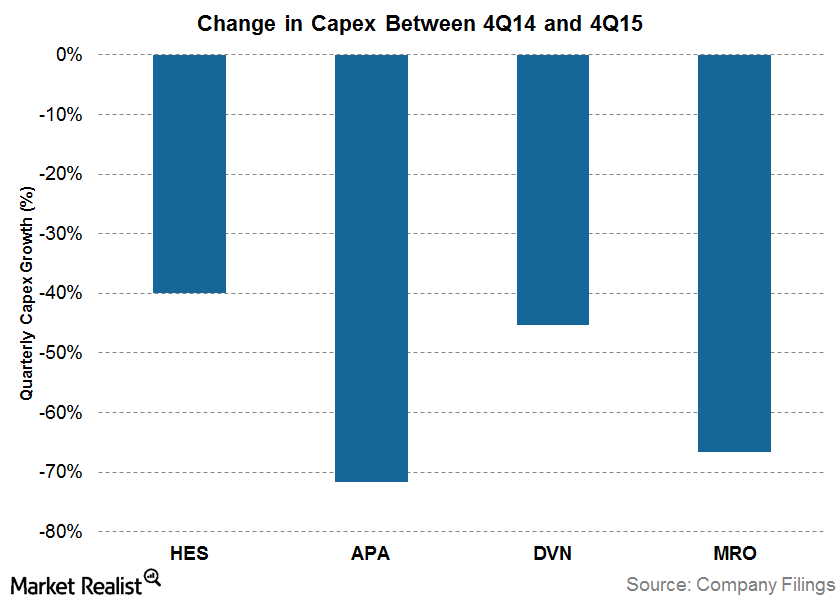 The capex cuts come amid low oil prices and reduced drilling activities in a bid to protect cash flows. Other upstream companies that have been reducing their 2016 capex in response to lower energy prices include ConocoPhillips (COP) and Anadarko Petroleum (APC), which lowered their 2016 capex by 37% and 50%, respectively, versus 2015. Concho Resources’s (CXO) 2016 capex is expected to be 35% less than its 2015 capex. All these companies make up ~5.8% of the SPDR S&P Oil & Gas Exploration & Production ETF (XOP).