In the past eight months, the Bakken Shale’s month-over-month crude oil production fell on seven occasions. 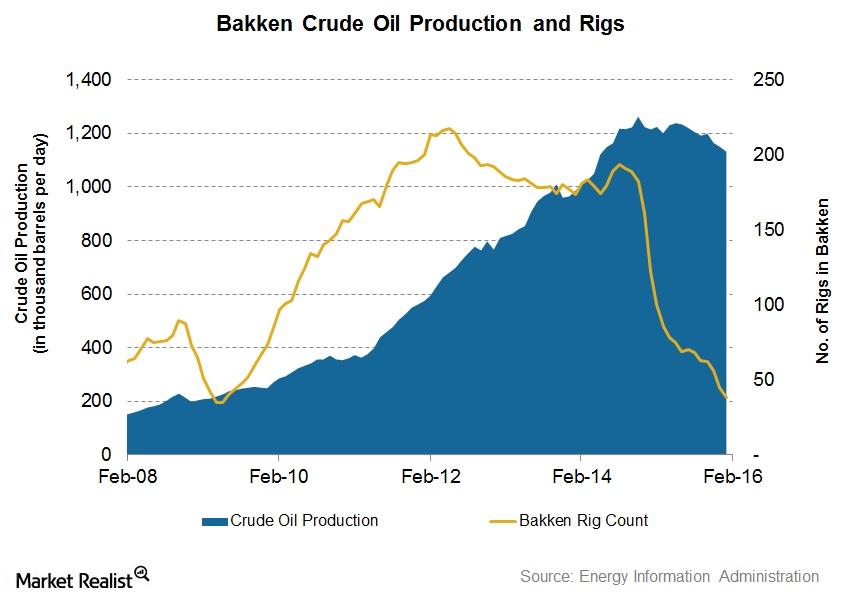 Rigs and monthly additions from the average rig

The number of rigs working at the Bakken Shale fell from 45 in January 2016 to 38 in February 2016. A year ago, there were 123 drilling rigs in the region. Most of these rigs are horizontal in trajectory or type.

The EIA calculates that the average Bakken rig added production of 740 bpd in February 2016, a 40% rise over February 2015. Since January 2008, additional production per rig has risen 4.3x.

What does this mean for oilfield services companies?