Valuation multiples help investors to decide whether to enter or exit stocks. Due to the high visibility of restaurant companies’ earnings, we’re choosing to look at the price-to-earnings (or PE) multiples of the companies under review in this series.

The forward PE ratio is calculated by dividing a company’s current share price with its forecast EPS (earnings per share) for the next 12 months. 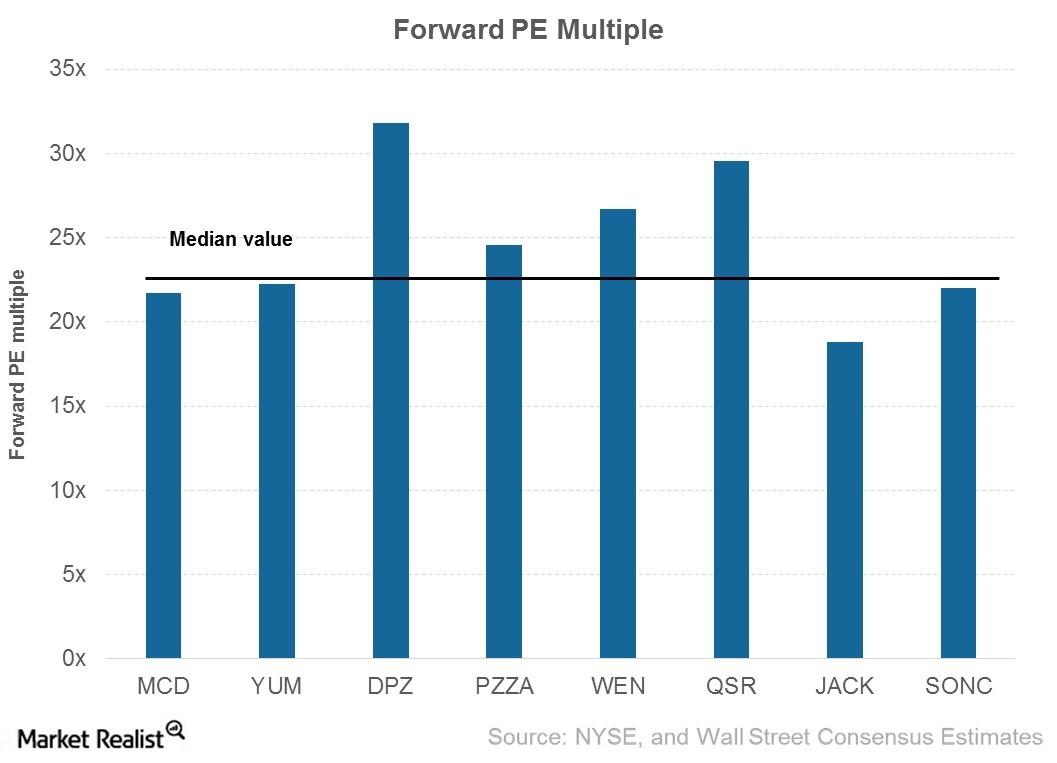 Since the beginning of 4Q15, the median PE of the companies in the chart above has been in the range of 20.6x–24.9x. As of March 6, 2016, the median multiple was 23.6x, indicating investors’ confidence in fast food and pizza companies.

You can mitigate company-specific risks by investing in the SPDR Dow Jones Industrial Average ETF (DIA), which has invested more than 4% of its portfolio in McDonald’s.