The EIA (U.S. Energy Information Administration) released its Drilling Productivity Report on March 7, 2016. The EIA expects less natural gas production at six key US shales by April 2016 compared to February 2016. It expects production to rise at one key shale during the same period. 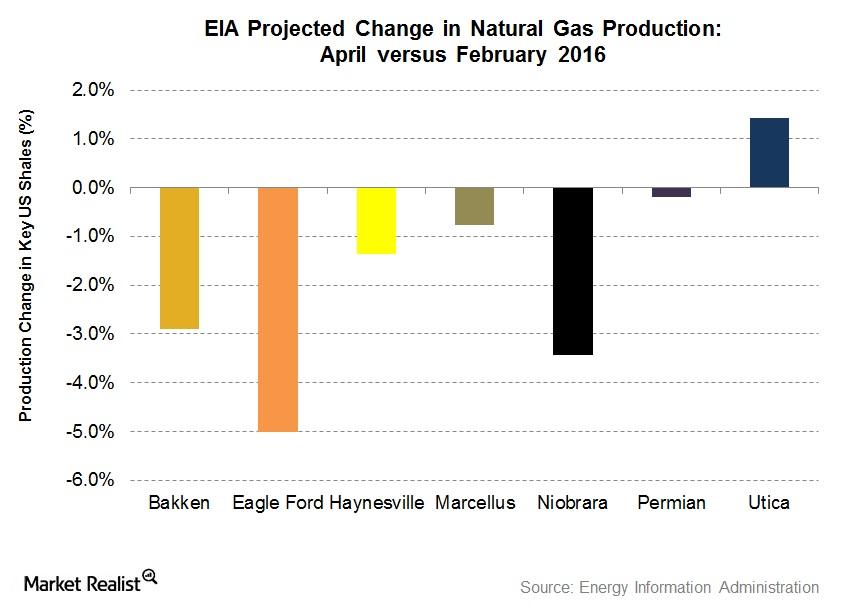 How this will affect oilfield services companies