Anadarko’s capex plans for its Gulf of Mexico operations

To save on costs of a new infrastructure for additional or satellite fields, Anadarko Petroleum’s (APC) 2016 Gulf of Mexico capex program will focus on its tieback oil opportunities. The press release on March 1 noted that APC’s tieback opportunities offer returns of more than 30% at current strip prices. APC‘s capex in the Gulf of Mexico will also focus on advancing its appraisal activities at Shenandoah and Phobos. 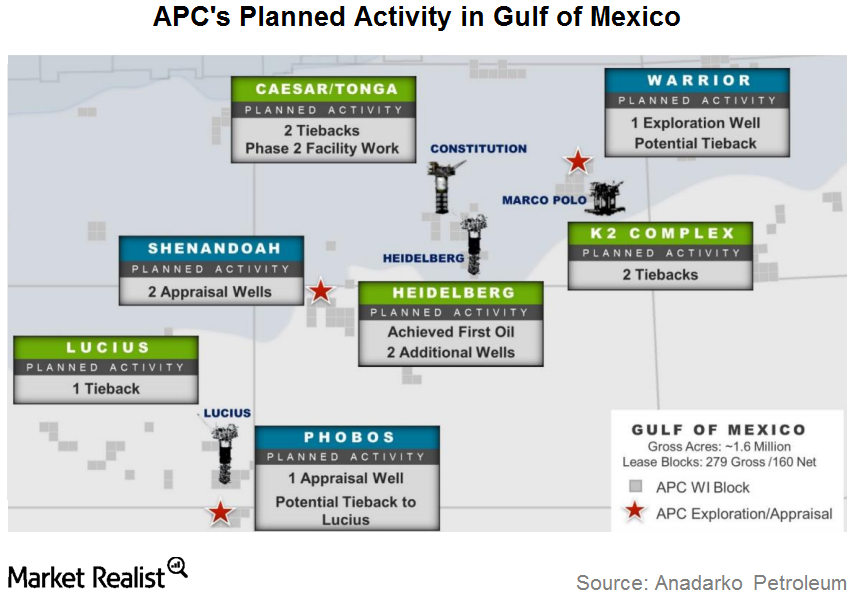 In 2016, APC plans to advance its efforts on the Paon oil discovery offshore Côte d’Ivoire toward potential development. Offshore Ghana, APC is on track to achieve the first oil at the TEN complex (the Tweneboa, Enyenra and Ntomme fields) in the third quarter of 2016. In Mozambique, Anadarko expects minimal funding in 2016 while working through legal and contractual framework, off-take agreements and project financing towards a final investment decision for its LNG (liquefied natural gas) project. APC’s press release noted that “these processes include securing the necessary legal and contractual framework, progressing more than 8 million tonnes per annum of off-take toward long-term sales contracts and advancing project financing.”

APC plans to spend $0.7 billion on its Gulf of Mexico and international operations in 2016. The total capex in 2016 is down by 50%. Many upstream companies have reduced their 2016 capex in response to lower energy prices. ConocoPhillips (COP) and Concho Resources (CXO) lowered their 2016 capex by 37% and 35%, respectively, while Marathon Oil’s (MRO) 2016 capex is less than half of its 2015 capex. These companies make up ~7% of the Energy Select Sector SPDR ETF (XLE).