Previously in this series, we discussed Sprint’s (S) annual cost-savings initiatives, which are expected to cut at least $2 billion in expenses in fiscal 2016. At the most recent Deutsche Bank Media, Internet, and Telecom Conference, Sprint CFO (chief financial officer) Tarek A. Robbiati talked about some factors affecting the telecom company’s customer retention in the long-term. 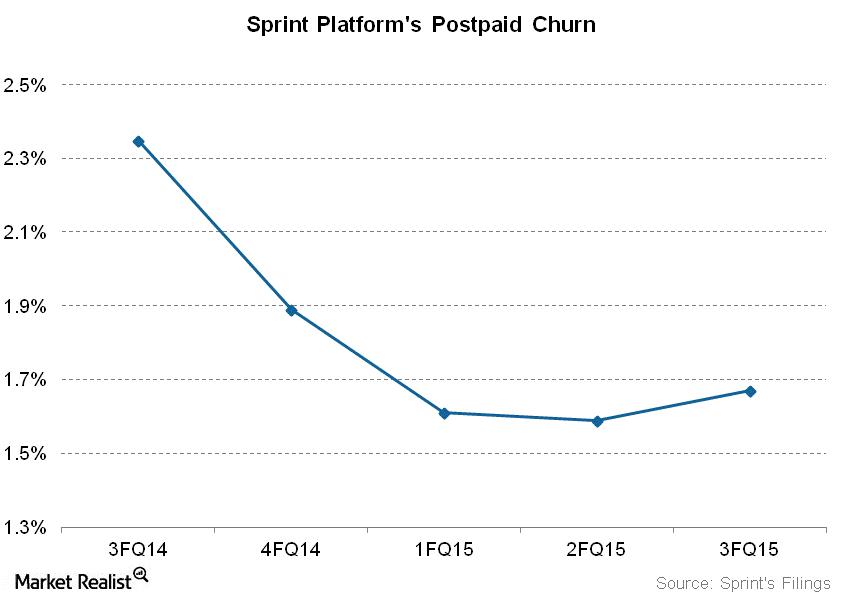 Robbiati stated that “when you take a longer-term view, churn will continue to come down,” adding that “we do see that over the longer term, notwithstanding the fact that timing can come in and increase churn in a very, very short term, depending on what has happened in the past as customers, who are on contracts that mature, come on due for renewal.”

Robbiati also specified about customers that “if they were not on lease, then that has a different churn profile than if they are on lease,” explaining that “you will probably see some blips of churn…[but] overall, over the long term, churn will come down.”

We should note here that among the top four US wireless players, Sprint and T-Mobile (TMUS) offer leasing plans. AT&T (T) and Verizon (VZ) do not.

For a diversified exposure to telecom companies in the US, you might consider investing in the iShares Russell 1000 Value ETF (IWD). IWD had a total of ~2.5% in US telecom players at the end of December 2015.