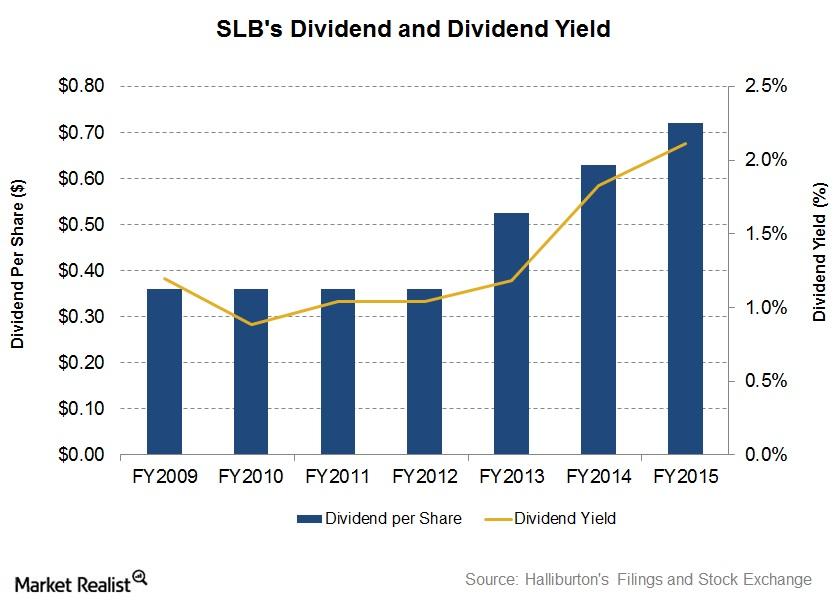 How much can Halliburton pay in dividends?

Halliburton intends to pay dividends representing at least 15%–20% of its net income on an annual basis. However, dividend payments are subject to approval from the company’s board of directors. Halliburton makes up 0.17% of the SPDR S&P 500 ETF (SPY).