Japanese yen strengthens by more than 1%

The US dollar to Japanese yen currency pair, which is inversely related to the Japanese yen, had a remarkable week beginning Monday, February 1, 2016. It fell from close to 121 to a low of 115. The fall continued at the start of the week on February 8, 2016, after domestic data also aided in the bounce back of the yen and the Bank of Japan’s monetary policy.

The movement in the yen has been in line with our earlier currency outlook article, which suggested that the fundamentals are pointing to a stronger yen with only the Bank of Japan in the way. For further information on the currency outlook, check out our earlier post, Japanese Yen Rose Slightly Due to Safe-Haven Demand. 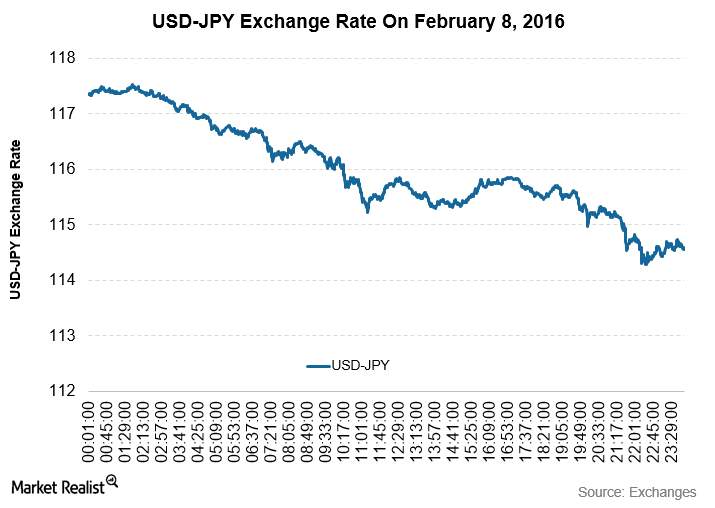 The iShares MSCI Japan ETF (EWJ) was trading 0.18% lower at the close of trade on February 8, 2016. On the other hand, the WisdomTree Japan Hedged Equity ETF (DXJ) ended negative by 2.6%.