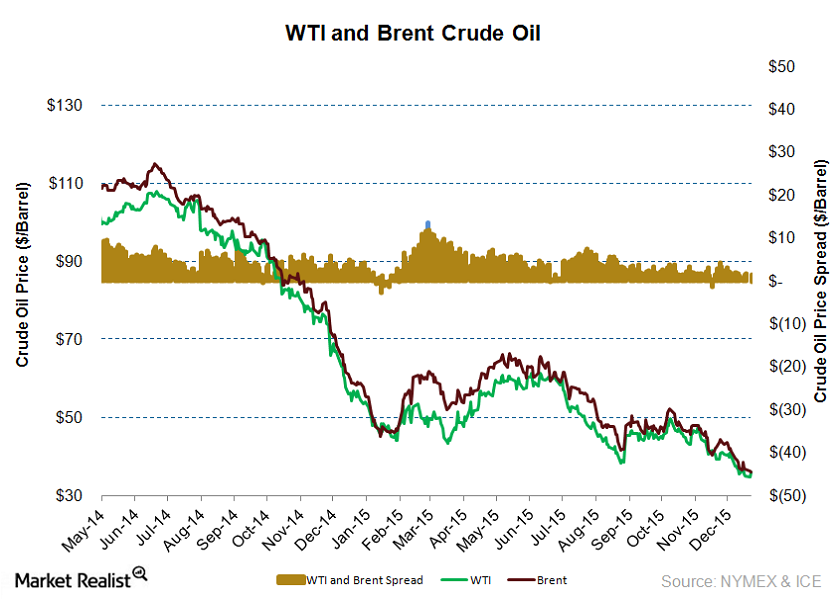 In 1975, the United States government banned the export of US crude oil due to a domestic shortage. However, due to technological advancements, higher crude oil prices between 2010 and 2014, and cheaper credit facilities, the United States scaled up production, which led to the oil oversupply in 2014 and 2015. Thus, in December 2015, the US government lifted the crude oil export ban. US oil producers like ConocoPhillips (COP) and Pioneer Natural Resources (PXD) had been pushing the government to lift the ban.

The lifting of the export ban could provide higher oil prices for WTI crude oil producers. Also, the light sweet crude oil from the United States could also boost US crude oil prices. However, there is speculation that the current WTI-Brent spread makes US crude oil exports unviable. There is also a theory that increased exports could lead to a supply drop and stronger domestic demand, which could boost US oil prices. Read more about the US and global demand during the major economic crisis in the fifth part of this series.

Traders speculate that the globally traded Brent crude oil could see more pressure than US crude oil. Read more about this in the next two parts of this series. Hess Corporation (HES) suggests that the lifting of the oil export ban is a welcome move, and we could see WTI crude oil trade more than $4 per barrel higher than Brent crude oil in the long term.