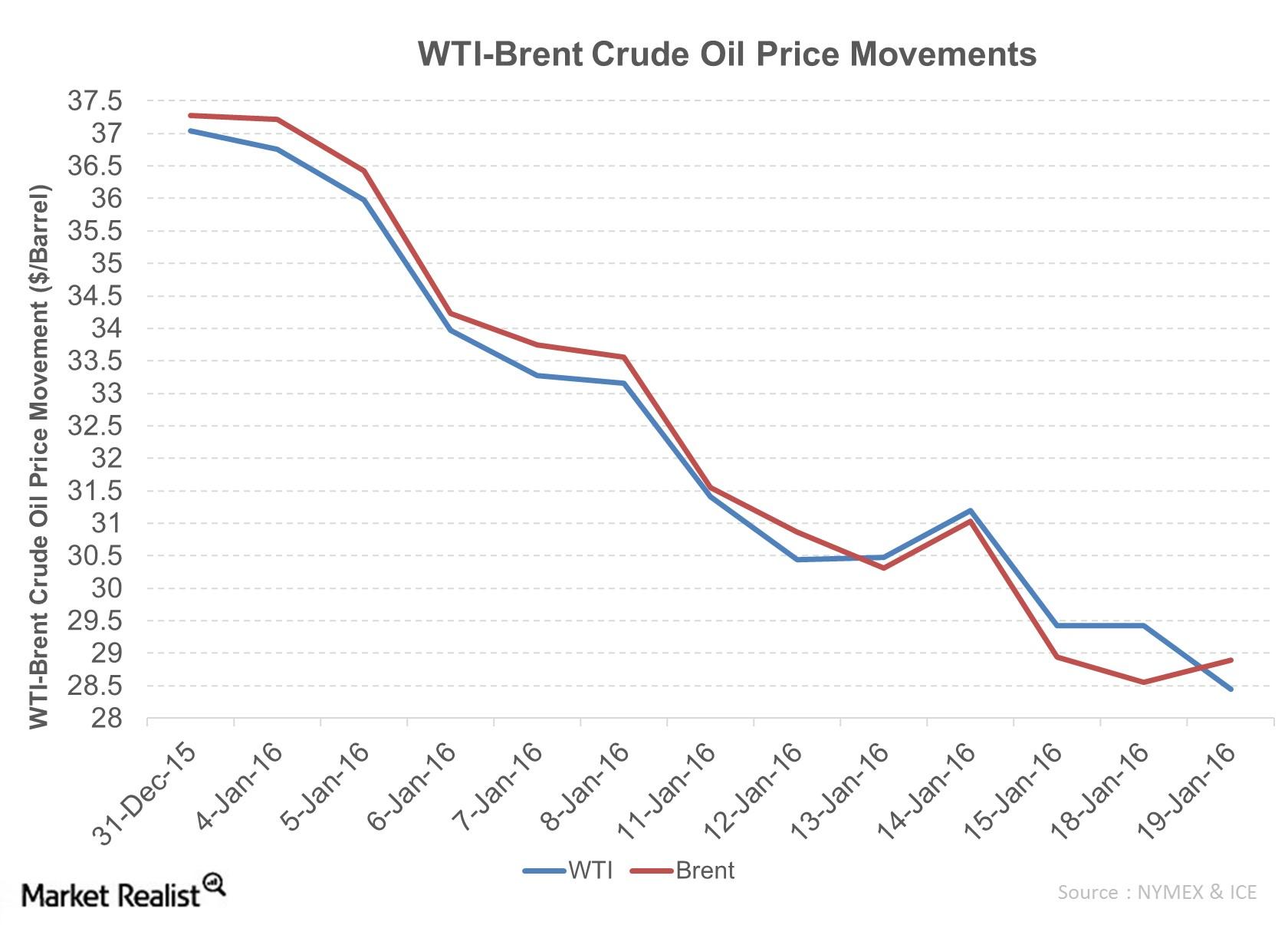 Prices are near a 13-year low

In the next part of this series, we’ll discuss why the WTI-Brent spread quickly turned from positive to negative.