Investors must look at valuation multiples when deciding whether to enter or exit a stock. While there are several valuation multiples, we’ll use forward PE (price-to-earnings) here. A company’s forward PE multiple is measured by calculating its current price over its EPS (earnings per share) estimates for the next four quarters. 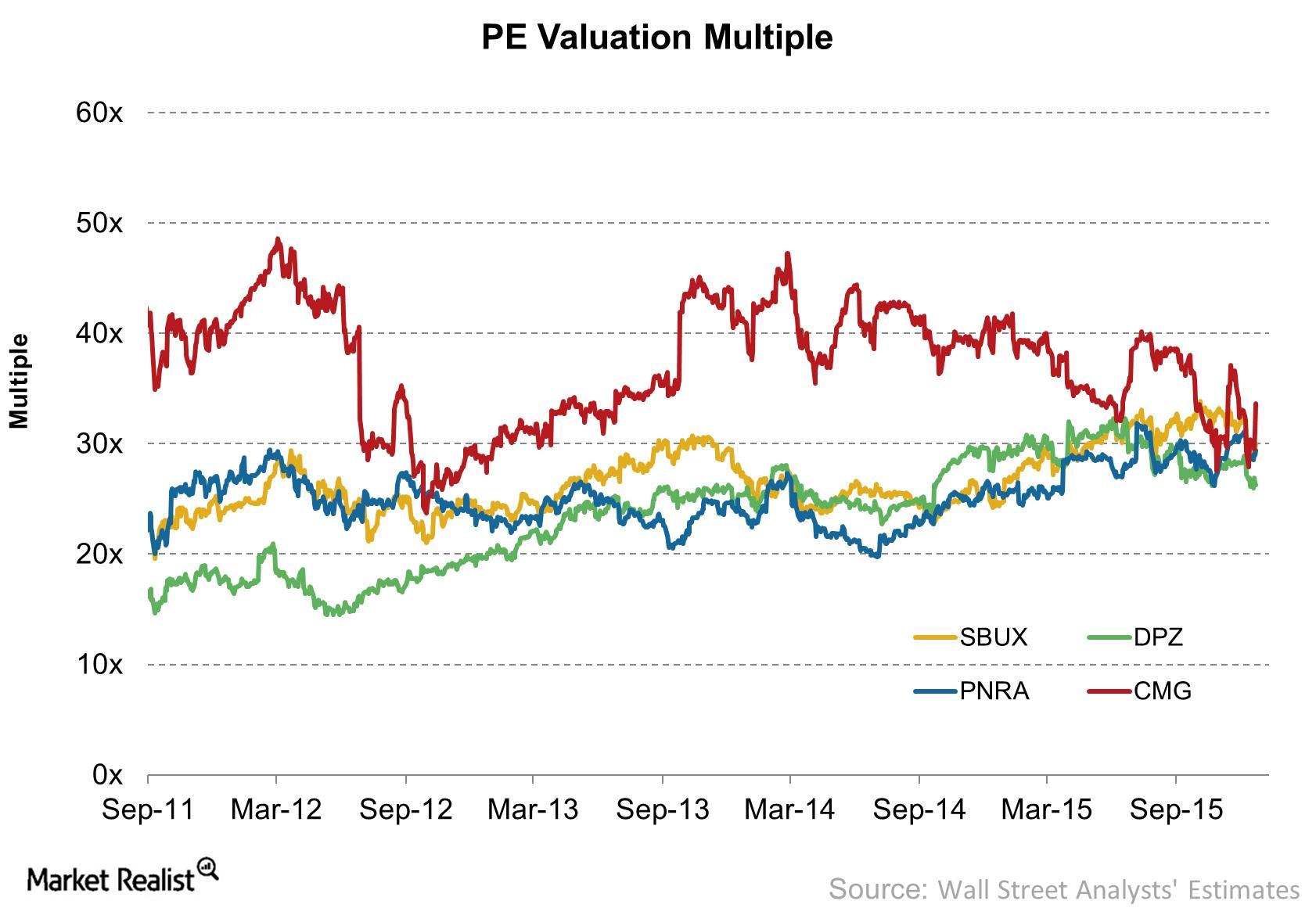 As of January 14, 2016, Starbucks (SBUX) is trading at a PE multiple of 30.1x. Starbucks has been trading between 21x and 33x. Starbucks’s valuation multiple rose in 2015 on the back of its Japan acquisition, which led to an expansion in the company’s EPS. Earlier, we saw margin expansion as a result of this acquisition and how the costs of coffee are expected to be lower in 2016. These positive signals have increased investors’ willingness to pay more for the company in recent years. The peers in the above graph are trading at an average PE multiple of 29.8x.

Recently, Starbucks’s EPS growth estimates appear to be peaking. The question is whether Starbucks can continue to deliver a 20% EPS growth. China is where the company has major expansion plans, as we saw earlier. China’s market share entered into bear territory on January 15, 2016, and some of the economic indicators in the region look grim. If the company fails to meet growth expectations in 2016, the stock will likely face selling pressure, and its valuation multiple could fall.

An alternative way to gain exposure in Starbucks is through ETFs such as the Consumer Discretionary Select Sector SPDR ETF (XLY). XLY invests about 4% in Starbucks and also has holdings in other restaurants such as McDonald’s (MCD), Yum! Brands (YUM), and Chipotle Mexican Grill (CMG).

Next, we’ll wrap up this pre-earnings series by looking at analysts’ recommendations and price targets for the company.