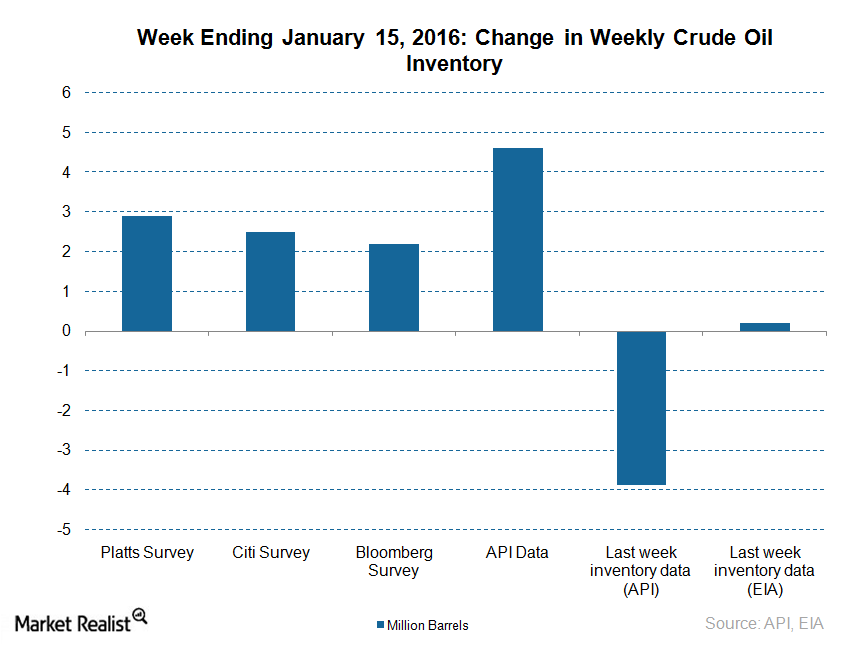 The API report is the precursor to the EIA’s (U.S. Energy Information Administration) weekly petroleum status report. The EIA inventory report is scheduled for release today. The government agency reported the US crude oil inventory had risen by 0.2 MMbbls (million barrels) to 482.6 MMbbls for the week ending January 8, 2016. Market surveys from Bloomberg to Platts suggest that the crude oil inventory may have risen by 2.2 MMbbls–2.9 MMbbls for the week ending January 15, 2016.

In the next part of this series, we’ll analyze how gasoline and distillate inventories may add fuel to the fire.